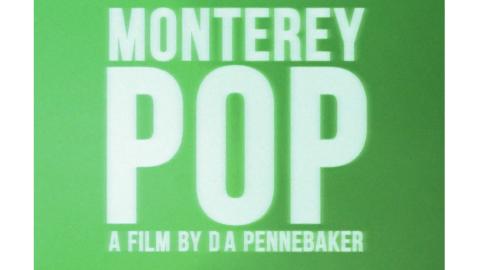 While Hendrix infamously played an improvised Star Spangled Banner at Woodstock, here, he sets his guitar on fire whilst elsewhere The Who's Pete Townsend smashed his guitar and amp (The Summer of Love anyone?). In more typical 60s mode are performances by the Mamas and Papas, Simon and Garfunkel, Otis Redding and pre Womad world music with Hugh Masekela and Ravi Shankar. It is all captured in edgy vérité style by legendary free cinema documentarian D.A.Pennebaker whose previous music doc Don't Look Back set the rock music doc template. A special 50th anniversary showing straight from Il Cinema Ritrovato with thanks to The Criterion Collection and Park Circus.