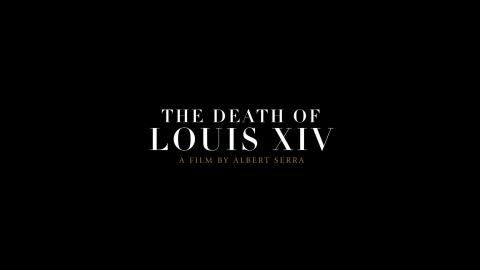 Catalan director Albert Serra's (Birdsong, Story of My Death) latest cinematic elegy is an elegant, mesmerising evocation of the last days of the Sun King, King Louis XIV, and his 72-year reign as the King of France.

French New Wave legend Jean-Pierre Léaud plays King Louis, and we are guests in his bedchamber as he lies dying, surrounded by devoted servants, pets and a retinue of hopeless doctors. All of their energy and conern is devoted to his wellbeing and hoped-for recovery.

Hailed as one of the most beautiful films from Cannes (the scenes are ravishingly lit by candlelight and the sets and costumes are all gorgeous) and stuffed with painstaking details gleaned from historical texts, Louis XIV is as darkly funny as it is moving, revealing the absurdity of the rule-bound royal court, but even more so of death itself.

A Journey Through French Cinema Please note: This was screened in July 2017 Celebrated French director Bertrand Tavernier, known for films rich in cultural and social commentary (Round Midnight, The Clockmaker), invites us on an insightful and entertaining voyage through his country's cinema.  Find out more