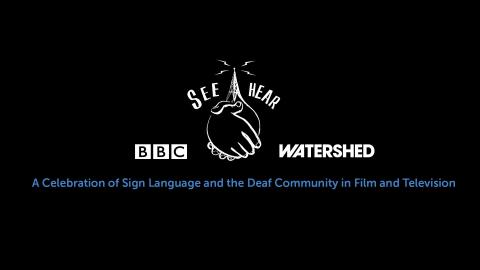 On Saturday and Sunday in Waterside 1 (our event space through the Café/Bar) we will be running a free-drop in screening between 12:15 - 16:00 on Saturday and 12:15 - 17:50 on Sunday screening some of the iconic episodes from this landmark series including the first pilot which screened as part of See Hear's 20th anniversary.

All of the programmes are subtitled and in sign language. You don't need a ticket, feel free to drop-in for as long or as little as you like.

On Sat 24 Feb at 10:30 join us for The Making of Switch where director Louis Neethling will introduce clips from the show and talk about how this pioneering series was made.

BBC See Hear Weekend 2018 Season
Please note: this season finished in Feb 2018 The BBC and See Hear invite you to celebrate all things related to sign language and the Deaf community in film and television in this packed weekend of screenings and workshops.  Find out more