Join fusion chef Anupreet Attridge on a delicious cultural, culinary journey through the food influences of East Africa and the Madhya Pradesh, Punjab and Kashmir regions in North India.

August is Monsoon season in India, a tempestuous time of drama and wonder that provides essential water for crops such as Mogo (Casava), which will be served along with dishes such as Bhopali Pilau, Dum Allo (Potato) and Rajma (Red Kidney Beans). Anupreet’s three course vegan meal captures this sense of wonder as she showcases some of her most popular vegan recipes, some of which are to be included in her forthcoming cook book, 'Fuse, Cook, Eat', due for release in 2019.

Dine on such tantalising delights as chilli tofu, diced peppers and red onion in a chilli garlic sauce and butternut squash samosas as Anupreet draws on her childhood memories of cooking and eating with her family and combines it with her love of modern, locally sourced ingredients in this unforgettable vegan dining experience.

Anupreet Attridge is a foodie from Bristol who hosts unique pop-up dining experiences in the city such as the Harbourside Yoga Supper this summer. She also teaches Indian Cookery and is available for cookery parties, 121 classes and private chef services.

She recently demonstrated her popular Orange Zested Gajrela recipe on the Chefs Stage at the Bristol Foodies Festival and is currently writing her first cookbook 'Fuse, Cook, Eat'. She is also a regular recipe contributor for the online Health and Wellbeing magazine The Art of Healthy Living.

Find out more about Anupreet and her fantastic food via Instragram and Facebook. 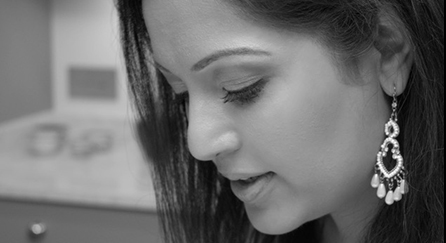 Photo by Layla Sidwell of FstartPhotography

Summer Food Celebration Season Join us to celebrate and sample Bristol’s local foodie talents as we welcome some of our finest local chefs to host some seriously tasty looking pop-up food events in our Café & Bar.  Find out more