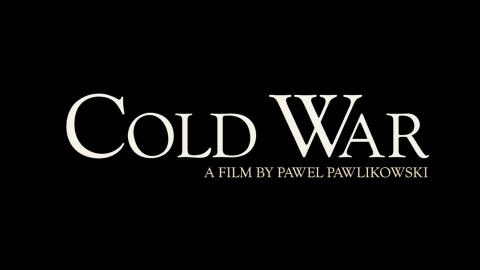 Pawel Pawlikowski wowed Cannes (and picked up a Best Director prize) with this gorgeously crafted love story of a pair of mismatched musicians shuttling back and forth across the Iron Curtain.

In the ruins of post-war Poland, Wiktor (Tomasz Kot) and Zula (Joanna Kulig) fall deeply, obsessively and destructively in love. As performing musicians forced to play into the Soviet propaganda machine, they dream of escaping to the creative freedom of the West. But one day, as they spot their chance to make a break for Paris, both make a split decision that will mark their lives forever.

Shot, like Pawlikowski’s Oscar®-winning Ida, in beautiful black and white and in 1:1 ratio, it also features a stunning soundtrack that takes you from the rustic folk songs of rural Poland to the sultry jazz of a Paris basement bar. A heartbreakingly personal film (the characters are named after the director’s parents and the story is based on their relationship), this is a wistful and dreamlike look at an impossible love story in impossible times – and it’s simply breathtaking.

What's fair in love and Cold War? Article by Tara Judah Where love and war are concerned, it's all just shades of grey. Paweł Pawlikowski's Cold War romance hits the big screen with striking polemic and a full palette of black and white, Cinema Producer Tara Judah writes.  Find out more