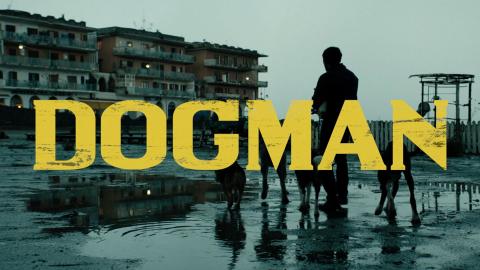 Italian director Matteo Garrone (Gomorrah) delivers a masterful tale of twisted friendship with this jaw-dropping, based-on-fact tale of a timid dog lover driven to terrifying extremes when he hitches his star to a human beast he cannot control.

Marcello (Marcello Fonte in a performance for the ages) is an expert dog groomer living in a grotty seaside village near Rome. Eking out a meagre living running petty errands for local thieves, the real light in his life is his daughter who he likes to take on diving trips. But when his gentle nature is taken advantage of by his friend Simone (Edoardo Pesce), a hulking brute who has been terrorising local business owners, Marcello finds himself swept up in a criminal plan he wants nothing to do with. Could Simone be the one beast Marcello cannot tame?

Featuring a terrific central performance by Marcello Fonte, which deservedly earned him the Best Actor award at Cannes (as well as Palme Dog Awards for the film’s entire canine cast!), this bravura and noir-ish examination of the destructive force of toxic masculinity will leave you barking out superlatives.