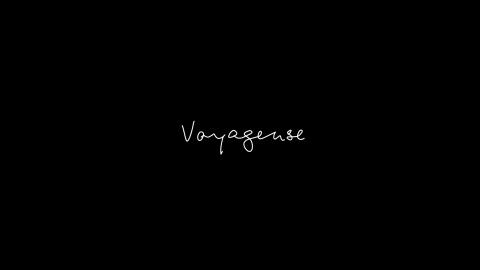 Helping her husband clear out his recently deceased mother’s house director, May Miles Thomas found a treasure trove of family films, photos, letters and objects dating back years revealing a life that her children knew nothing of. An ordinary woman as far as her children were concerned Erica had lived thorough extraordinary times and was close to many events that changed the world. Her extensive records, her personal writings, photographs, keepsakes and more gave clues to England’s involvement in the Cold War and a devastating insight into the treatment of talented women.

Voyaguese is Miles Thomas’ passion project – her way of telling Erica’s story (played by Siån Phillips) a woman’s life worth telling. Spanning those 70 years, journeying from Hungary to Britain, via America, Antartica and outer space Erica’s life and work encompassed World War 2, the Cold War the end of Empire, Vietnam, eugenics and mind control. Voyaguese is an intriguing mix of romance, science and conspiracy drawn directly from the huge found archive, with Miles Thomas using these sources to create a narrative interperation of Erica’s life and state of mind that becomes the beautiful story of the last century as seen through the eyes of both an ordinary and extraordinary woman.

Followed by a Q&A with director May Miles Thomas.