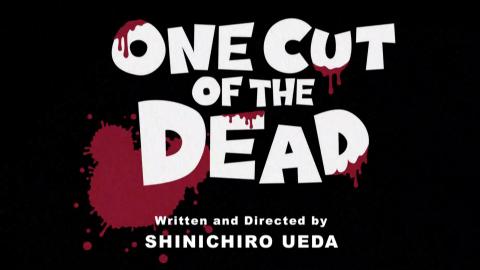 Shinichiro Ueda’s marvellously bright, inventive and infectiously fun horror-comedy breathes new life into the zombie movie with this loving and relentlessly mocking takedown of the genre - and it’s a total blast.

Hack film director Higurashi (whose motto is ‘fast, cheap, but average’) and his crew are shooting a zombie horror flick in an abandoned WWII facility, allegedly used for human experiments by the Japanese military. But just as the director begins browbeating his actors and demanding more special effects blood, a real zombie apocalypse erupts, much to his auteur delight…

Opening with an epic 37 minute single take, with One Cut of the Dead young director Shinichiro Ueda and his cast of non-professionals have created something that’s both fresh and entertaining as well as a genuine cult hit in both Japan and across the world. Refreshing a sometimes tired genre, this terrific low budget romp has been described as ‘not only the best zombie comedy in years, but also the best movie about indie film-making in decades.’