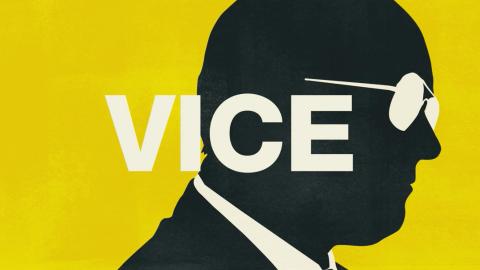 Discover the untold story that changed the course of history forever in this fascinating biopic starring Christian Bale as Dick Cheney, Vice President to George W. Bush and once one of the most powerful men in the world.

“The following is a true story. Or as true as it can be given that Dick Cheney is known as one of the most secretive leaders in recent history. But we did our f**king best.”

As hilarious as it is rage inducing, director and writer Adam Mckay (The Big Short) delves deep into the life of Dick Cheney – the man who went from Secretary of Defence, to White House Chief of Staff, to a CEO, and finally landed as George W. Bush’s (supposedly) second in command. Cited as the most powerful Vice President in American history, Vice is an eye-opening snapshot into Cheney’s wild, quiet, and shadowy power.

Supported by a stellar cast (Amy Adams, Sam Rockwell, Steve Carrell) and receiving six Golden Globe nominations including Best Picture, this bold and bewildering story is a vital look at a man who re-shaped his country and the globe in ways that we still feel today.