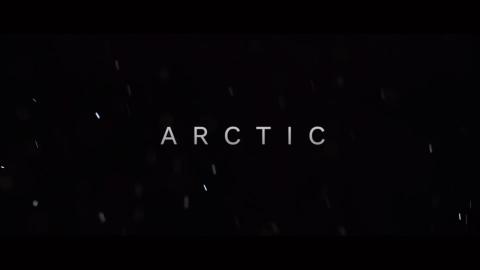 After becoming the sole survivor of an air crash, Mads Mikkelsen battles against the elements in this intense snowbound survival thriller, shot on location in the frozen grandeur of Iceland’s polar wilderness.

In the vast and uncompromising terrains of an arctic tundra, an unnamed survivor (Mikkelsen) of a plane crash struggles to stay alive. It is unclear how much time has passed since the accident that left him stranded, but the regularity of his routines would indicate he has been out there a while. Having meticulously carved the ice away from the rocky hillside to form a giant SOS, he keeps a regular timetable signalling with a handcranked location beacon, until one day his routine is broken by a surprise. To say more would give away too much, suffice to say staying put is no longer an option...

Catapulted from viral-video superstardom, director Joe Penna (who began his career as the driving force behind Brazil’s most popular Youtube channel, MysteryGuitarMan) delivers one of the most impressive debuts of the year with this gritty thriller. The result of a gruelling 19-day shoot that pushed Mikkelsen himself to the very edge, Arctic is a masterpiece of brute realism and sustained tension that will leave you gasping for air.