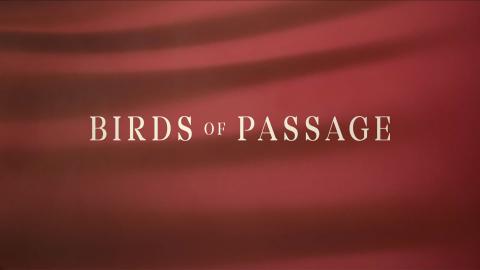 Following up on the promise shown in his 2015 hit Embrace of The Serpent, director Ciro Guerra takes on the mob epic in his latest tale about indigenous traditions and the corrupting forces of wealth and power, set against the backdrop of the Colombian marijuana boom of the 1970s.

In the late 1960s, the Wayuu tribe of northern Colombia observe a strict code of familial tradition and sacred ritual. Outsider Rapayet has his sights set on marrying Zaida, the recently of-age daughter of the clan’s formidable matriarch, Ursula. Unable to afford the extravagant dowry set by Ursula, Rapayet upgrades from selling coffee to dealing drugs as a means of covering the payment. With a new criminal path set, Ursula becomes complicit in her son-in-law’s shady dealings and, over the course of the ensuing decade, the once humble tribe gradually builds a ruthless empire in the desert.

Like an origin story for the drug trade, yet a far cry from the familiar South American gangster thrillers, Guerra and co-director Cristina Gallego deliver a sprawling, spiritual exploration of family conflict and tribal warfare, that’s laced with heady symbolism and surrealist flashes. Moving away from the steely black-and-white palette of Embrace of the Serpent, this mystical meditation on colonialism, tribalism and modernism positively explodes with colour. And the results are nothing short of breathtaking.