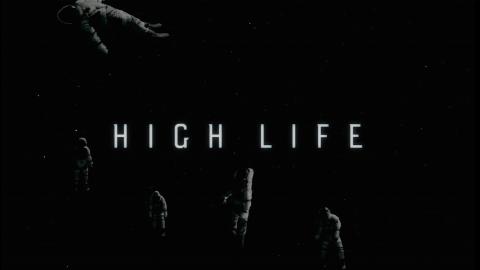 Claire Denis makes her English language debut with this strange, sexual and totally surreal sorta-sci-fi starring Robert Pattinson as a criminal on a mysterious space mission.

Pattinson stars as Monte, one of a motley crew of convicts (including Mia Goth and André Benjamin) sent into deepest space to investigate black holes. Their medical officer (a totally arresting Juliette Binoche), dubbed the "shaman of semen", performs sexual experiments on the crew in a bid to see if conception is possible in the outskirts of space. Suffice to say, to give away too much of what happens on their mission would be to spoil its many pleasures - just trust us and go along for the ride...

Fearless, mind-bending and daring, this is not like any other sci-fi you know - and contains some of the most unsettling scenes Denis has ever filmed. A story about being human, bodies (and their fluids - spit, semen, breast milk, blood), sex, and relationships, it demands to be seen on the big screen (and may we recommend seeing it more than once).

May 2019 Cinema Podcast Audio This month's podcast looks to the stars in anticipation of strange, sexual and totally surreal sorta-sci-fi High Life plus a season of films revisiting some of sci-fi’s most potent examples of the genre’s preoccupation with the effects of human isolation.  Find out more