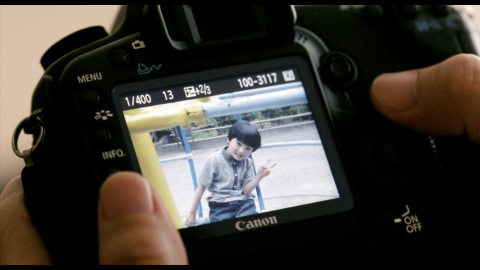 "Forget nature versus nurture, this is actually all about learning that there are no limits when it comes to love."
Tara Judah, Watershed Cinema Producer

A touching, understated examination of nature vs nurture, Kore-eda’s hugely rewarding family drama focusses on the reaction of two separate families from different social spheres to the discovery that their respective children were accidentally switched at birth.

Ryota (Masaharu Fukuyama) has earned everything he has in life by hard work and believes nothing can stop him from pursuing his perfect life as a winner. So when he and his wife, Midori (Machiko Ono), get an unexpected phone call from the hospital informing them the hospital gave them the wrong baby and their six year old son, Keita, is not their biological son, Ryota is forced to make a life-changing decision, to choose between 'nature' and 'nurture.' Seeing Midori's devotion to Keita even after learning his origin, and communicating with the rough, yet caring family, that has raised his actual biological son in the intervening period, Ryota also starts to question himself: has he really been a father all these years?

A beautiful, melancholic paean to paternity, once again Kore-eda's facility for casting and directing young performers is spine-tingling, whilst equally impressive is his refusal to reduce any of the adults in the film to stereotypes. The result is a deceptively rich and rewarding drama, small of gesture, huge of heart.