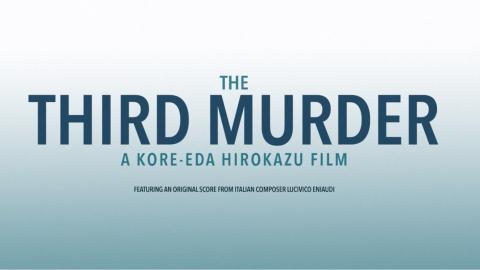 "Some mysteries run deeper than any investigation can dig. For this, you need compassion instead of a spade."
Tara Judah, Watershed Cinema Producer

Making a departure from his usual gentle family dramas, Kore-eda turns convention on its head to create a captivating and unknowable puzzle in this complex courtroom murder mystery.

Japan is a nation where capital punishment still stands, which makes it all the more surprising when Misumi (the legendary Kôji Yakusho) freely admits to the killing of a wealthy industrialist. It looks like an open and shut case, but lawyer Shigemori (Fukuyama Masaharu) is determined to do all he can to help his client avoid the death penalty. As he digs deeper into the case, however, the once confident Shigemori begins to wonder: who is telling the truth and what is the motivation for the spinning tales?

This distillation of the difference between law and justice is at the heart of this drama but in true Kore-eda style he’s much more interested in the people involved rather than the specifics of the case. A terrific drama, The Third Murder shows once more Kore-eda's brilliance with character and consideration of the human condition.