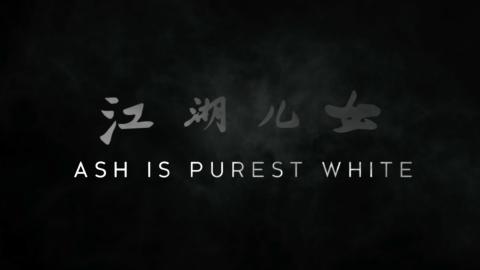 Much more than a Chinese gangster film, Ash Is Purest White is the final instalment in critically acclaimed filmmaker Zhangke Jia’s unofficial trilogy (after A Touch Of Sin and Mountains May Depart) that explores both a personal tale of two lovers as well as a social realist view into China’s break-neck development.

Set in contemporary Datong, China, this tragicomedy-tinged story follows Zhao and her gangster boyfriend Bin, as they clash with rival mobsters in a bid to overtake the city's struggling post-industrial landscape. Offering a questioning and culturally rich glimpse into China’s growing pains through the lens of Zhao and Bin’s relationship in a country that waits for no one, it's a ravishing, quietly epic saga.

Praised by NPR critic John Powers as "(perhaps) the most important filmmaker working in the world today," Jia’s latest continues to surprise and impress. Uplifted by Tao Zhao’s award-winning and emotive performance as Zhao, Ash is Purest White leaves you just as enthralled in the relationship between Zhao and Bin as it does with its world building.