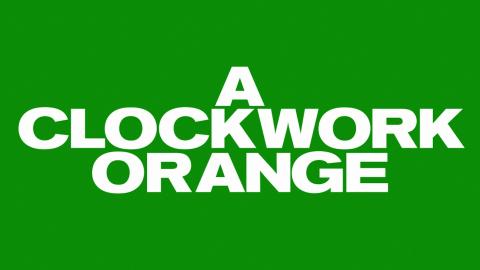 Stanley Kubrick followed up the huge success of 2001: A Space Odyssey (screening here on Sun 5 May) with a markedly different vision of the near-future: an adaptation of Anthony Burgess' notorious novel about violence and free will.

Set in a flamboyantly stylised London it features gangs of teenage "droogs" who rob, rape, and kill with abandon while an iron-fisted state practices its own form of violence through regimentation and brainwashing. When vicious and erudite head droog Alex (Malcolm McDowell) - a prime misfit fascinated by women, Beethoven and ultra-violence - is sentenced to prison after a brutal murder, he willingly becomes a guinea pig in an experiment designed to purge him of his violent impulses.

Having generated moral panic on its release in 1971 (and withdrawn from circulation by its director in 1974), until Kubrick's death in 1999, just about the only way you could see A Clockwork Orange in Britain was on an illicit third-generation video copy. It remains a chilling, thrilling and unsettling cinematic vision of nihilistic violence and social control, that proved to be more prophetic than anyone dreamed, foretelling the punk explosion and skinhead-fronted violence in the later 1970s.