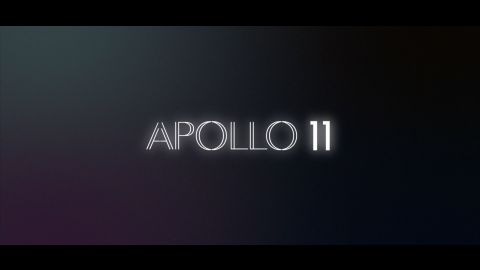 An unmissable cinematic experience fifty years in the making, featuring out of this world, never seen before footage from the 1969 moon landing.

Crafted from a newly discovered trove of 70mm footage, and more than 11,000 hours of uncatalogued audio recordings, Apollo 11 takes us straight to the heart of NASA’s most celebrated mission—the one that first put men on the moon, and forever made Neil Armstrong and Buzz Aldrin into household names. Immersed in the perspectives of the astronauts, the team in Mission Control, and the millions of spectators on the ground, we vividly experience those momentous days and hours in 1969 when humankind took a giant leap into the future.

You might also like In The Steps of Apollo 3D (20 July, 2 and 30 Aug), a spectacular show at We The Curious exploring our relationship with the Moon and the legacy of the lunar landing. The Royal Photographic Society have also announced their Space Steps: The Moon and Beyond exhibition (5 July - 29 Sept).

Download Programme Notes (PDF)
"A reminder to us all of what humanity can achieve" Article Fifty years since humankind walked on the moon, archive documentary Apollo 11 gets lift off this week. Given their love for all things astronomical, we recently invited the We The Curious Planetarium Team to attend a special preview with us and afterwards they put pen to paper to give us their perspectives on a film that looks back at those momentous days and hours in 1969 when humankind took a giant leap into the future.  Find out more