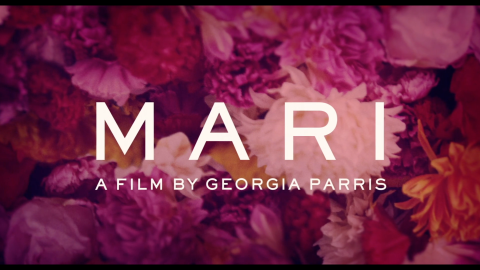 Acutely observed and tender, Georgia Parris’ brilliant feature debut boldly combines the power of dance and cinema as it follows the life-affirming journey of a professional dancer and choreographer that goes from her grandmother’s deathbed to the prospect of motherhood.

Charlotte (Bobbi Jene Smith), a successful contemporary dancer, is thriving in London, but with her latest show just days away from opening night she receives news that her grandmother, Mari (Paddy Glynn) is dying. Dropping everything, she heads to Dorset to join her mother (Phoebe Nicholls) and sister (Madeline Worrall), where upon arrival, she discovers she's unexpectedly pregnant. Initially set on a termination, Charlotte starts to doubt herself as she watches her family contemplate losing their matriarch, forcing her to confront her past in order to choose the future she wants.

As in her award-winning short films, Parris seamlessly weaves dance into her storytelling and her hugely impressive micro-budget debut excels in its use of bold choreography to explore the strain and catharsis of dance as a means of release.

The 15:00 screening on Sun 23 June will feature a Q&A with director Georgia Parris and producer Emma Duffy