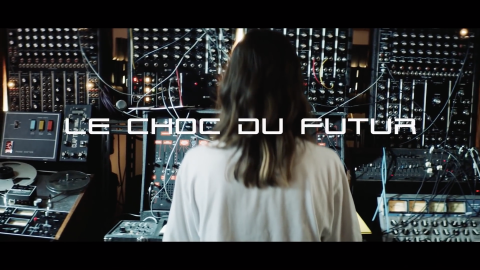 Directed by French musician, film composer and record producer Marc Collin (from Nouvelle Vague), this striking debut is an ode to the female pioneers of electronic music.

It's 1978 in Paris and the music game is evolving. Old formulas don’t charm listeners anymore and a music revolution is pending. New music must arise. In a male dominated industry, Ana (Alma Jodorowsky) spends most of her time in her apartment using electronic gadgets to make herself heard. But when her courageous approach leads to the creation of one of the first pieces of electronic pop, her experimentation sees the dawn of an evolution of a new sound that will change the course of history...

Paying tribute to the music figures (such as Delia Derbyshire, Laurie Spiegel and Suzanne Ciani) whose stories are seldom told, sadly forgotten or even passed over in silence, Collin’s film does a vital service in highlighting the important role played by women in the birth of electronic music - and, naturally, includes some great tunes (by the likes of The Human League, Suicide, Devo and Throbbing Gristle) along the way!