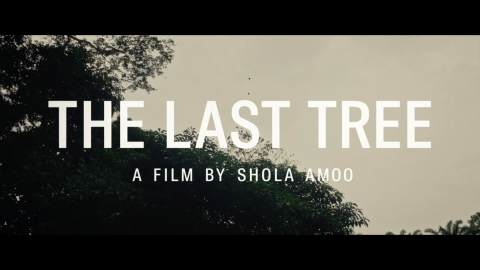 Shola Amoo (A Moving Image) directs this semi-autobiographical story about a teenager of Nigerian heritage fostered in the countryside having to move to inner-city London.

Amoo follows the story of Femi (Sam Adewunmi), a British Nigerian teenager who, after a happy childhood in rural Lincolnshire with his foster mother, is forced to adapt to a new way of life when he moves to London with his birth mother. Struggling with the unfamiliar culture and values of his new environment, Femi has to figure out which path to adulthood he wants to take and what it means to be a young black man living in London.

Exploring themes of identity and belonging, lost childhood, race and disenfranchised masculinity, Amoo's coming-of-age drama received glowing reviews at Sundance, and we can't wait to introduce it to Bristol audiences.

Download Programme Notes (PDF)
Farming Film
Please note: This was screened in Oct 2019 Actor Adewale Akinnuoye-Agbaje writes and directs the story of his own life as a teenage skinhead in the Essex borough of Tilbury in the mid-80s in this painful and moving drama.  Find out more Rocks + Satellite Q&A Film
Please note: This was screened in Oct 2019 BFI London Film Festival present this vibrant and hugely engaging portrait of female friendship and growing up in London from director Sarah Gavron (Brick Lane, Suffragette) and writers Theresa Ikoko and Claire Wilson.  Find out more