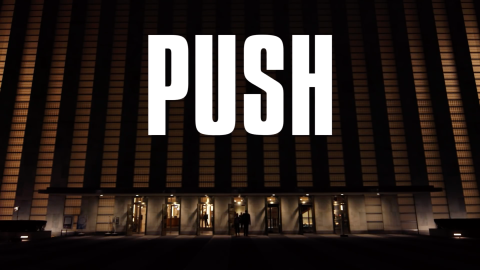 Housing affordability is decreasing at a record pace. The local working and middle classes have become unable to afford housing in major cities across the world. London, New York, Hong Kong, Toronto, Tokyo, Valparaiso, Sydney, Melbourne, Caracas, Barcelona, Paris, Amsterdam, Stockholm… the list seems endless. People are being pushed out of their very own homes – because living in them has become unaffordable. It's a global housing crisis. Who and what are cities for, when nobody can afford to live in them?

PUSH examines one of today’s most urgent issues – the epic transformation of cities into financial instruments – to reveal with devastating clarity the shadowy operations and forces that threaten the very foundations of urban life. Following Leilani Farha, the UN Special Rapporteur on Adequate Housing, the film demonstrates how and why house prices are rocketing, whilst wages are stagnating; a problem with symptoms known by so many, but true causes by so few.

The film illuminates a crisis that makes gentrification look almost quaint, when the full scale of global finance’s conversion of real estate into a tradable asset – a market currently valued at more than double the combined GDP of every country in the world – is understood. An essential film exploring the twenty-first-century city.

PUSH is an advance launch of Bristol’s biennial Festival of the Future City. It is presented in the year of the 100th anniversary of the start of the modern council estate, which Bristol has been marking in Homes for Heroes 100.

With an introduction by Cllr Paul Smith, who will talk about the housing crisis in Bristol and plans for new housing including council housing and estates.

Cities, Future Cities, and Film Season
Please note: this season finished in Oct 2019 A series of screenings from Festival of the Future City including classic utopian films about cities; cities in silent cinema; documentaries on New Towns, democracy, the housing crisis and the anthropocene.  Find out more