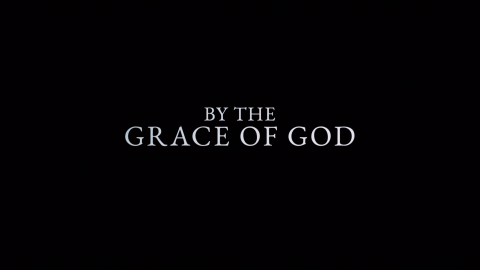 Shining his spotlight on a recent child abuse scandal that rocked France, François Ozon's gripping true-life drama tells the story of three men who come together to dismantle the code of silence around historic abuse cases within the Catholic Church.

Alexandre (Melville Poupaud) is living in Lyon with his wife and children when one day, by chance, he discovers that the priest who abused him when he was a young member of a boy scout troop is still working with children. Determined to see justice served, Alexandre re-establishes contact with his boyhood friends – also victims of the same priest – François (Denis Ménochet) and Emmanuel (Swann Arlaud) and between them the men vow to lift the burden of silence. However, as the institutional weight and power of the Church bears down on this defiant group of survivors determined to tell their story, no one is left unscathed.

An urgent portrait of resistance and an admirably sober account of the often painful process for abuse victims of coming forward, Ozon’s powerful drama reveals both the enduring consequences of child abuse and the complacent complicity of the Church with a purposeful conviction and a quiet, never strident, sense of indignation.