Imagine a land inhabited by wealth and social expectation. Leather-clad, creepy-moustached cops patrol roads that stretch between mansion and psychotherapy couch, forest and graveyard. The sky is perpetually grey, and an acute listlessness permeates the brains of those who see beyond the excitement of computer dating, followed by marriage, followed by death. This place is a version of California in 1971, and it’s here that we find Harold (Bud Cort) – a man struck by inescapable frustration at the only path of life being offered to him. He is young, but no longer a child. His need for something more fulfilling is unfathomable to him, twisted instead into a macabre fascination with death, with no understanding of its tangible reality. Harold spends his time concocting elaborate knock-off suicide tableaus to elicit reactions from his distant mother. When he isn’t engaged in desperate but ultimately directionless attempts at mother-annoying, Harold frequents local funerals, his lifeless suits and homemade hearse allowing him to blend in with groups of mourners. It is here that Harold meets 79-year-old Maude (Ruth Gordon). 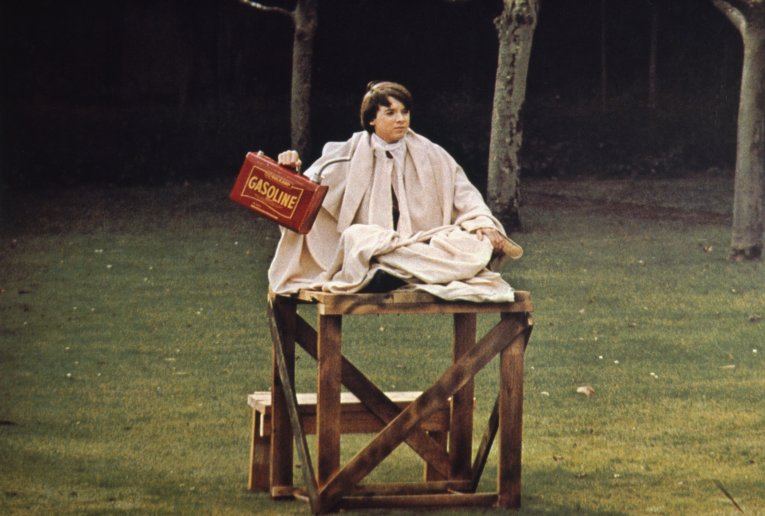 Maude's liquorice-offering, van-dwelling, sunflowers-as-far-as-the-eye-can-see style of Californian living diametrically opposes the stifling bourgeois comfort and three-piece suits with which Harold is familiar. Following what could easily have been a rocky start (Maude offering Harold a lift home in his own car), the two spend a lifetime together contained within a single week, rehoming trees, visiting arcades and stealing cars. Harold and Maude together inhabit a boundless hedonism, existing above (or probably outside of) normative morality. 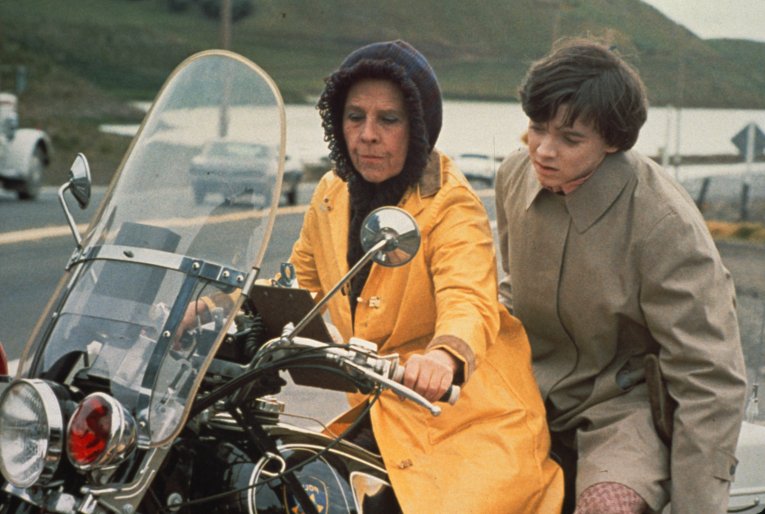 Friends doesn’t adequately describe the relationship between Harold and Maude. Boyfriend and girlfriend (as the original theatrical poster infuriatingly describes them) is worse. Lovers is overly sexual and pretty much any other relationship term is either too archaic (sweethearts), American (buddies), or unbelievably contextually inappropriate (homies). Soulmates is probably the closest, but suggests that they were destined to be. To quote Mark Bould, writing on an entirely unrelated subject, “this is, of course, nonsense.”

What Harold sees in Maude is an escape, an alternative, a chance at a better quality of life, and what Maude sees in Harold is familiarity, understanding, potential. Harold is trying to understand the journey between arse and elbow and Maude has, for want of a better expression, her proverbial shit together. Their relationship is circumstantial, not pre-determined. Maude loves Harold. But not like Harold loves Maude. Maude flies into Harold’s life on her yellow umbrella, staying until the wind changes before moving on.

On hearing that Maude has taken some ‘tablets’ on the day of her 80th birthday, Harold screams ‘WHAT?’ and rushes her off to hospital, the decision to end her life marking the first time that he has been confronted with the realities of death. Yet instead of taking Maude’s passing as a cue to drive himself off a cliff, he sends his car over the edge alone, and looks down on it from above, accompanied by a banjo and some excellent flared trousers. This too marks a turning point for Harold, as he is now above hollow imitations of death, finally understanding that he is alive after all. 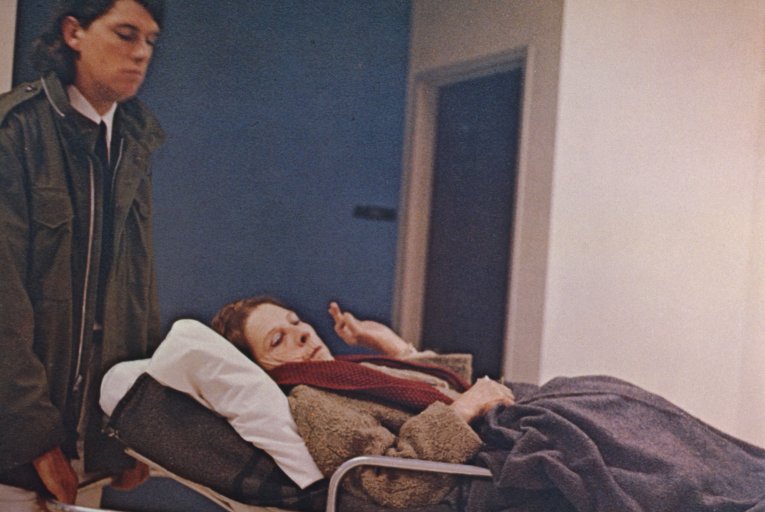 I used to say that I could judge how well I would get along with someone based on what they got from watching Harold and Maude. While possibly reductive as a means of gauging an entire person’s personality, I have largely been proven correct. The film speaks to universal, timeless experiences of fleeting human connection that, while unsustainable in the real world, do more to affirm the value of living than bourgeois dinner-partying and army-joining ever could.

At the moment, I am firmly at the disaffected youth end of the scale, but I can see myself becoming more and more like Maude as the years go by, if I’m lucky. I’ve never been great at long-term plans, but I already know that if I’m still around I’m going to spend my 80th birthday watching Harold and Maude. I probably won’t indulge in any mystery tablets though. Because Maude certainly knew how to die. But more importantly, she knew how to live. And I’d quite like to see 81.

UK Premiere: Harold & Maude Please note: This was screened in July 2022 In this much-loved cult classic, an emotional and romantic bond develops between one of cinema’s most unlikely pairs.  Find out more