"We know things are bad, worse than bad. They’re crazy. It’s like everything everywhere is going crazy… I want all of you to get up out of your chairs, I want you to get up right now and go to the window, open it, stick your head out and yell ‘I'm as mad as hell, and I'm not going to take this anymore!" - Howard Beale, Network (1977)

Cinema Rediscovered returns to Bristol and surrounding region for a second year, bringing the finest digital restorations, contemporary classics and film print rarities back where they belong, on the big screen at cinemas including Watershed, Clevedon’s Curzon Cinema & Arts and The Cube Microplex.

"The festival provides an opportunity to revisit and reassess the unique experience of films in their natural environment, the cinema. Other art forms have their temples - museums, galleries, opera house, theatres. For films, cinema is where they can truly come alive and be rediscovered."

Programme highlights of this year’s festival include:

We are delighted to be opening the festival with a special 40th anniversary screening of the Sidney Lumet prescient classic Network (1977), introduced by the award-winning BBC journalist and broadcaster Samira Ahmed who explains:

"I used to have a postcard with that famous quote on my desk in the newsroom. But since I've seen the film I'm far more ambivalent about its message and wary of the sweeping way it's hailed by journalists as some kind of parable. I’d urge everyone to watch the film in its entirety; it opens up some very complex and timely issues." 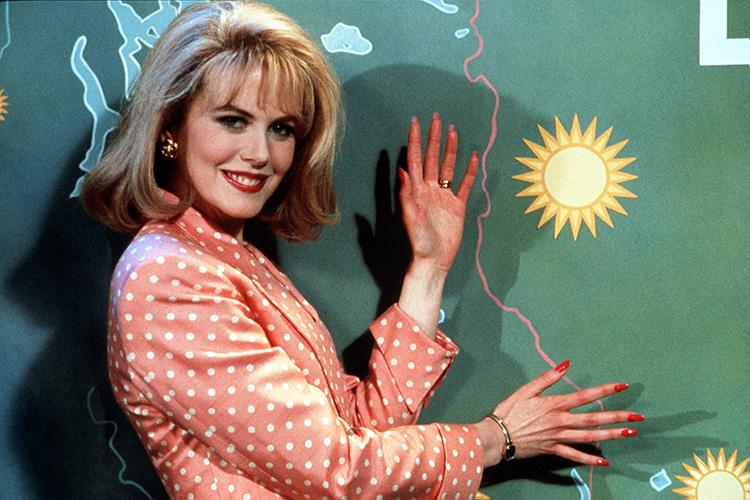 Cinema Rediscovered also includes; Orson Welles’ ode to power and corruption, Citizen Kane; Billy Wilder’s Ace in the Hole, a biting exposé of the American media and public’s appetite for sensation; Gus Van Sant’s darkly hilarious satire To Die For, starring Nicole Kidman as Suzanne Stone who’ll stop at nothing for a career on TV; Alexander MacKendrick’s caustic noir Sweet Smell of Success, about the insidious influence of the star columnist; and the UK premiere of a new restoration of Lewis Milestone’s The Front Page from the Academy Film Archive and the Film Foundation from a print discovered in producer Howard Hughes’ personal collection.

"The film celebrates Bristol in many ways, and the creative team features some of the city's top musical talent with the brilliantly evocative soundtrack from Bob Locke and Tim Norfolk from The Insects and Adrian Utley from Portishead."

Ahead of its re-release this autumn, Cinema Rediscovered hosts a special preview of the new digital restoration of Blood Simple (Director’s Cut), the Coen Brothers’ directorial debut feature; Peter Lord, Creative Director and Co-owner of Bristol’s Aardman Animations presents the original King Kong (1933) on 35mm; and in a UK first, Jean-Luc Godard’s stunning political comedy La Chinoise (1967) be shown on the big screen ahead of its 50th anniversary Blu-Ray re-issue.

British film is celebrated with a special preview of a new 4K digital restoration of Oscar-winning drama Howard’s End on the eve of its 25th Anniversary BFI re-release. This 1992 masterpiece from Ismail Merchant and James Ivory is presented by Academy Award-winning set decorator for Howard’s End, Ian Whittaker (Alien.) Academy-Award nominated producer Stephen Woolley (The Crying Game/Carol/Their Finest) presents highlights from the wartime Girls Like Us season at BFI Southbank, including Millions Like Us with Author Lissa Evans (Their Finest Hour and a Half.) In this 50th anniversary year of the Sexual Offences Act of 1967, Cinema Rediscovered also mark 50 years since the passing of playwright Joe Orton with a 30th Anniversary showing of Prick Up Your Ears and a new restoration of Entertaining Mr Sloane.

The India on Film strand part of UK/India 2017 with BFI, British Council, South West Silents and Asian Arts Agency includes Satyajit Ray's exquisite film The Music Room ahead of its UK Blu-Ray release in August with an introduction by film historian David Robinson; Celluloid Man, a tribute to film archivist and cinephile P.K. Nair and Panorama of India: A Journey Through the Archive, a specially curated programme, selected from the BFI National Archive’s unparalleled collection of rare films of pre-Independence India, from the earliest days of Indian cinema. The newly digitised online collection of 300 films will be accessible to audiences via the BFI Player in August.

New to Cinema Rediscovered in 2017:

The State of Things: Film Critics’ Sprint, an open-door talent hub led by writer, programmer and critic Tara Judah with guests including filmmaker and video essayist Charlie Lyne (Beyond Clueless) and invites aspiring and early career film critics to reflect on film criticism, both now and in the future.

The Archive Sessions, presented in partnership with The Independent Cinema Office (ICO), involve leading event producers, curators, musicians and archivists and are designed to inspire and inform cinema professionals.

A new partnership with curated online cinema platform MUBI also complements this year’s festival and continue the Cinema Rediscovered experience for both cinema and online audiences across the UK.

Cinema Rediscovered 2017 Join us for the second edition of Cinema Rediscovered - a chance to discover some of the finest new digital restorations, contemporary classics and film print rarities from across the globe where they were meant to be experienced - on the big screen.  Find out more