Ahead of her season exploring a new generation of female filmmakers challenging the masculinist mythologies of the Western, UWE MA Curating student Lola Mckinnon talks more about her relationship with the Western genre, and discovering new films that re-imagine the West…

What’s the first thing that comes to mind when you think about the classic Western? Nomadic, horse-riding cowboys? Stetson hats and Winchester rifles? Whether you love or loathe them, there’s no denying that the Western has one of the most defining and enduring cinematic iconographies. For many, it’s the genre that first got them excited by film.

As a young cinephile navigating my way through film history and cultivating my tastes, I learnt to love a broad variety of cinema, from the French New Wave to Italian Neorealism, Musicals to Cult Horror, yet you’d often hear me saying: “I don’t really like Westerns”.

Perhaps this was because I simply didn’t think there was anything in there for me – a British mixed-race woman whose appreciation for film was developing in tandem with an eye-opening education about feminism and postcolonialism. Faced with the iconic imagery of the Wild West, with all its rugged, gun-slingin’ men, violent shootouts and slaughtering of Indigenous people, maybe I just felt that I would find these films impossible to enjoy. I had seen John Ford’s The Searchers acclaimed as one of the greatest films of all time, yet on a first viewing found the explicit racism of John Wayne’s character Ethan too excruciating to look past - not least in light of the resurfacing of his 1971 interview with Playboy in which he tactfully proclaimed: "I believe in white supremacy until the blacks are educated to a point of responsibility.” And let’s not talk about the casting of German-born white actor Henry Brandon in the role of the Comanche chief, Scar - although this wasn’t the first time a white actor had played a Native American and certainly wouldn’t be the last.

Whilst the film was clearly visually magnificent, influencing the next generation of white men making movies like Spielberg, Scorsese and Lucas and becoming a cinephile’s paradise in terms of the films it inspired (see: Star Wars, Taxi Driver…), I found it all a bit of a damp squib. Westerns probably just weren’t my cup of tea. 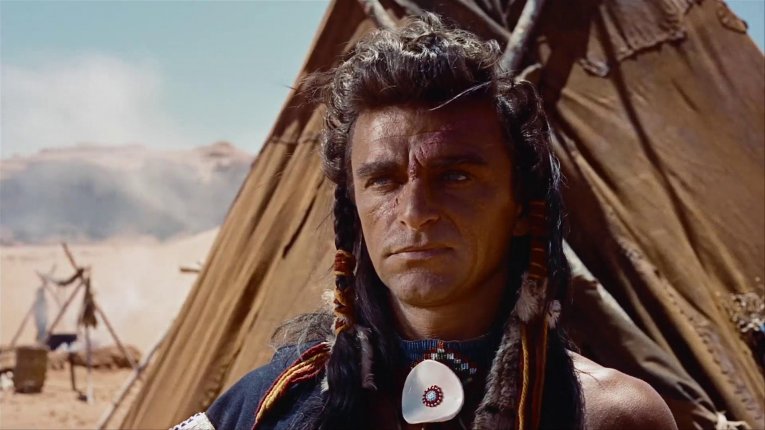 Last year, I finally saw Kelly Reichardt’s First Cow (2019), a film I had eagerly anticipated after reading the wide critical acclaim from its festival screenings. I went into the cinema tentatively expecting a Western and emerged two hours later no longer having any idea what that meant. Where I had expected to find tough talk from angry men in cowboy hats, shoot-outs and vast, barren landscapes, I found two less-than-masculine protagonists, quietly observed in intimate tableaux of domestic mundanity.

“When you read these accounts [from women’s journals written on the Oregon trail], you see just how much the traditional male viewpoint diminishes our sense of history. I wanted to give a different view of the west from the usual series of masculine encounters and battles of strength…” Kelly Reichardt, The Guardian Far from reproducing the white masculinist tropes defined by the likes of John Wayne and James Stewart, women filmmakers like Kelly Reichardt (United States), Lucrecia Martel (Argentina) and Jane Campion (New Zealand) are stepping up to the camera to challenge the dominant mythologies of this era of history - those of the brave, macho pioneer figure implicitly justifying genocide in the name of ‘progress’ (though it’s hardly implicit in The Searchers). While the classic Western is clearly driven by the white settler’s narrative - we all know John Wayne is supposed to be the hero - in this new canon of work the binaries between hero/villain, civilised/savage, settler/native and masculine/feminine are far less clear cut. Where The Searchers represented a tentative shuffle towards the great revisionist Western masterpiece, these films offer us a country mile.

What we find in these works are characters who are no longer able to support the expectations of the genre they occupy - much like our current world can no longer support the ideals of the traditional Western. In First Cow, Zama and The Power of the Dog, the established expectations, stock characters, images and themes of the genre are played with to varying degrees to raise refreshing questions about changing notions of heroism, masculinity and the history-myths we have come to accept.

Though Martel’s Zama (2017) is not set geographically in the West and therefore not a Western by definition, it raises the issues of colonialism and genocide - an unavoidable undercurrent implicit in the domination of the west by Europeans and one few films from the genre manage to grapple with.

After being swept away to these three - female directed - films that re-imagine the West, I was inspired to revisit classic Westerns like Stagecoach, The Searchers and Winchester ‘73 with a fresh, open mind. On reflection, what I found was a more nuanced picture than I had seen on the surface, a mythological place in time ripe for revisiting. This is a genre which has had a direct and profound influence on the way generations of men have learned and aspired to perform masculinity. You only need to scroll through the comments on a ‘Best of John Wayne’ compilation on YouTube to appreciate how prolific this particular myth of manhood has become…

So, whether you’re a Western lover or not - I invite you to join me at Watershed for New Frontiers: Myth and Masculinity this November, to deep dive into the complex history of this genre through the work of three of the most interesting women making films today. You never know… You might just be converted. That’ll be the day!

New Frontiers: Myth and Masculinity Season Join us this November as we explore a new generation of female filmmakers from all over the world challenging the masculinist mythologies of the Western and breathing new life into a genre synonymous with fistfights, gun-slingin’ and tough, white men.  Find out more