Find out more
Found in: Cinema Rediscovered 2016
Posted by: 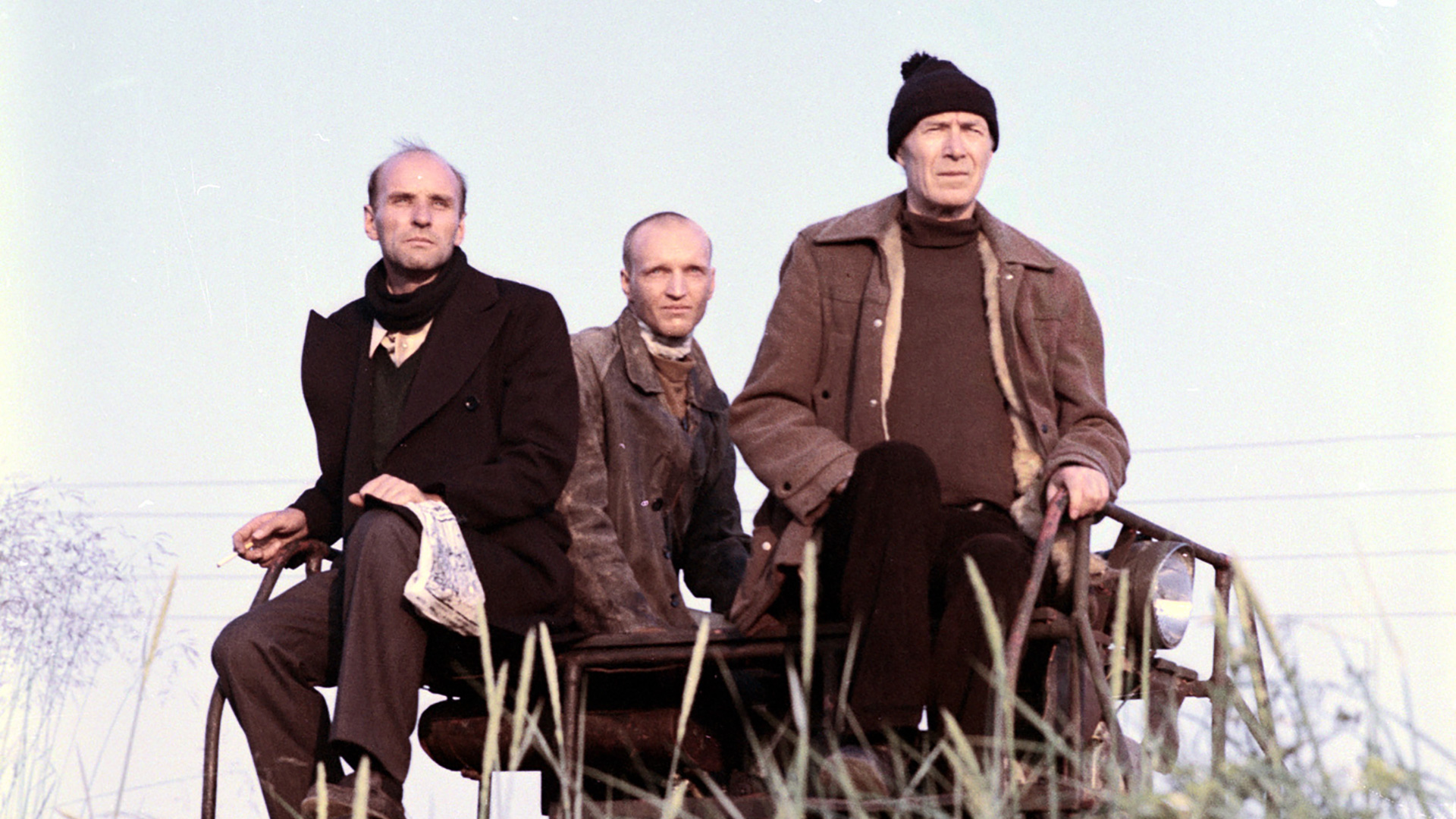 The Zone is a place of unblemished value. It is one of the few territories left–possibly the only one–where the rights to Top Gear have not been sold: a place of refuge and sanctuary. – Geoff Dyer, Zona

I must start with a confession: I am a fraud. Up until last year I had never seen a film by Andrei Tarkovsky. Unlike most of the population, for whom indulging in the lengthier end of the world cinema spectrum is fairly low on a list of pressing priorities, I had very little excuse for this: I have been fortunate enough to study film theory (thanks to a generous cocktail of now-defunct grants and bursaries from the previous Labour government); have worked at the ICA, BFI, Pacific Film Archive in Berkeley, California; for New Wave Films, Arrow Films, Verve Pictures and Artificial Eye; I have been described as an expert in my chosen field (admittedly, by my mother) and have been immersed in film culture for the entirety of my adult life. Yet, I have committed the greatest sin of all: feigning knowledge.

When the topic of Tarkovsky would come up in conversation – as it so often does in cinephilic circles amidst all the Gauloise smoke – I would nod intensely, hum, agree and gesticulate with escalating fervour that yes, he was incomparable, a visionary, a demi-God, and then mumble something inaudible about being at Joanna Hogg’s screening of Mirror at the Renoir a few years back before staring back down into the bottom of my can of Tyskie. But, as was unfortunately so often the case, I had only made it to the pre–film drinks at that screening before I was sidetracked, leaving a gaping chasm in my cinematic education, one that seemed increasingly daunting and impossible to fill. My own copy of Sculpting in Time – Tarkovsky’s autobiography of sorts – sits crisp, unopened on a shelf.

Last year we received word: finally, after years of navigating the dubious terrain of Soviet-era copyright disputes, Steve Lewis, our head of Home Entertainment, had heroically managed to renew the licenses to the Tarkovsky catalogue, which had been hanging in a sort of legal limbo in the UK since 2012. We managed to strike a deal with a sales agent who in turn had managed to strike a deal with Tarkovsky’s son, who seems to have the strongest legal claim on the old man’s oeuvre. This news was greeted with a rapturous reception in the Art Eye office – Tarkovsky had always been the epitome of what many felt were the label’s core values (championing a kind of unabashedly intellectual style of European filmmaking, circa 1976 to present); the man was practically on the company letterhead. More cynically, he was also regarded as something of a “Holy Cow” – no matter what, put a Tarkovsky film on screen and someone will turn up, he has a lot of disciples.

It was a Monday evening when I finally decided to pierce the cellophane wrapping and tackle one of these monoliths of cinema culture. Clocking in at 183 minutes I figured Andrei Rublev was ambitious even by my standards, so I decided, for brevity’s sake, that it would have to be one of the two sci-fi films: Solaris (1972)or Stalker (1979). I opted for the one with the least connection to George Clooney: Stalker. 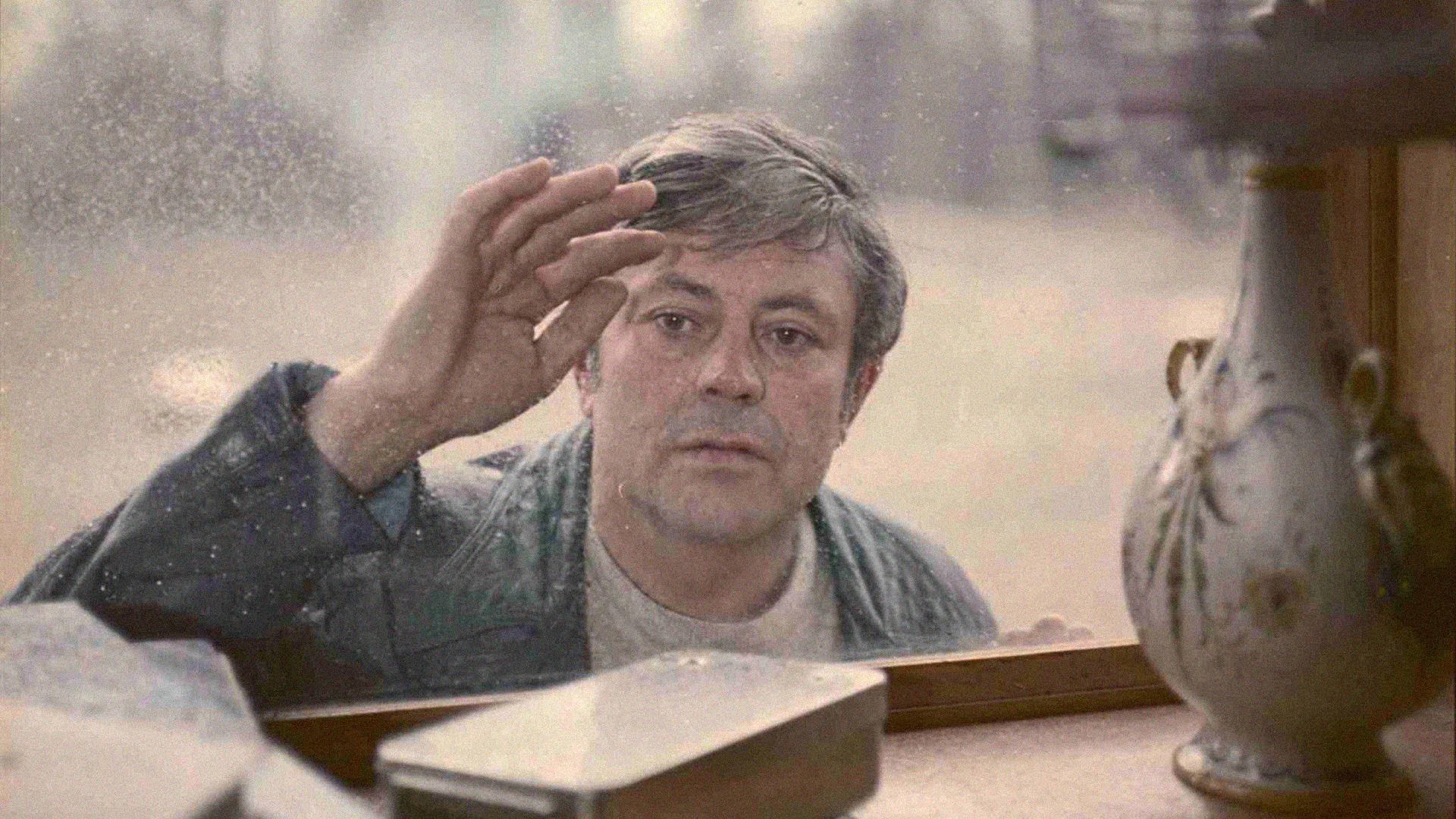 It’s difficult to describe to the uninitiated the experience of watching a Tarkovsky film for the first time. Geoff Dyer takes a damn good stab at it in his hugely entertaining book Zona: A Book about a Film about a Journey to a Room. Others may simply describe it as boring. The Japanese have a word – satori – that roughly translates as “awakening” or “a swift spiritual kick to the head”, which feels particularly apt here given Tarkovsky and Kurosawa were old drinking buddies. Kurosawa, on watching Solaris with Andrei Tarkovsky said,

Tarkovsky was sitting in the corner of the screening room watching the film with me, but he got up as soon as the film was over, and looked at me with a shy smile. I said to him, “It’s very good. It’s a frightening movie.” He seemed embarrassed, but smiled happily. Then the two of us went to a film union restaurant and toasted with vodka. Tarkovsky, who does not usually drink, got completely drunk and cut off the speakers at the restaurant, then began singing the theme of Seven Samurai at the top of his voice. I joined in, eager to keep up. At that moment I was very happy to be on Earth.

I’ve had innumerable revelatory cinematic experiences but, for me, this was something quite different. There was a mystery to the film, an intangible and elusive grace; some sublime quality that cut through my usual stupor and rattled me to the very core. Within its reels I felt there contained some truth that was emerging sideways, scuttling, crab-like, threatening to reveal itself and yet constantly leaving a chasm of doubt in its wake. It reawakened my agnosticism. I was by turns charmed, hypnotized and utterly seduced.

And then came that final shot, for which there are simply no words.

In truth I never fully recovered. I’ve become obsessive. I’ve watched Stalker more times in the past twelve months than is healthy or necessary for any human lifespan - I could say the same for many of his other films. I’ve irritated numerous people, across several organisations, with my insistence on staging this touring programme.

And now, all seven of Andrei Tarkovsky’s films are available in digital format, for any cinema operator to screen whenever the urge strikes. It’s fair to say they are more accessible now than they ever have been in the history of UK exhibition. And the restorations will soon all be available on beautiful new DVDs and Blu–rays, containing expert essays.

Still, I find it hard to discuss the films of Andrei Tarkovsky. Certainly, much of their power comes from the intangible, the indescribable, that which we cannot speak of and must pass over in silence, as the old logician would say, and, trust me, there is an awful lot of silence in Tarkovsky’s films. Perhaps it’s because, despite the films featuring a lot of dialogue, people talking and spoken word – particularly given his penchant for including recitals of his father’s poems within his films – their most lasting and indelible achievements are distinctly non-verbal.

Tarkovsky was a master of sound and vision, undisputedly so. His compositions are inimitable – films like The Revenant (2016) have tried and failed  to emulate his distinctive visual aesthetic, unable to grasp the notion that style must be married with intent and substance. Tarkovsky’s restrained use of sound – often just focusing on one or two audio details within a scene; water dripping, train-tracks clacking, twigs cracking, isolating all else – has a hypnotic quality that only serves to focus one’s attention all the more intensely on those inimitable compositions, those irreplicable camera movements, those head-scratching special effects achieved in a time before CGI, where he seems to bend the very laws of nature and physics to his will. For more on this, see Lewis Bond's excellent video essay, Poetic Harmony, kindly produced in conjunction with this season.

Tarkovsky creates sequences, moments, miracles, that can be expressed only through the medium of cinema, that are uniquely and exclusively cinematic. In his debut feature, Ivan’s Childhood, Tarkovsky was testing the boundaries of the form; he was expanding, consciously and diligently, what could be achieved by film. He was continually striving to do something that had never been done before.

The creation of this unique cinematic language was largely possible due to Tarkovsky’s acute awareness that cinema, perhaps more so than any other medium, operates with the tricky stuff of time. Let us remember that all films are 3D: height, width, time – time is the third dimension. Films exist within time - without it we are just staring at a still image. Temporal duration – the ability to control and edit it, to “sculpt in it”– this may well be cinema’s defining feature.

There’s an oft-quoted passage from Tarkovsky’s autobiography-of-sorts, Sculpting in Time, from which the title of this season is derived, where the director outlays some of his theories:

Why do people go to the cinema? What takes them into a darkened room where, for two hours, they watch the play of shadows on a sheet? The search for entertainment? The need for a kind of drug? … I think that what a person normally goes to the cinema for is time: for time lost or spent or not yet had. He goes there for living experience; for cinema, like no other art, widens, enhances and concentrate’s a person’s experience – and not only enhances it but makes it longer, significantly longer. That is the power of cinema: ‘stars’, story-lines and entertainment have nothing to do with it.

Tarkovsky uses time to craft filmic universes that are wholly consistent and of his own creation. Everything that you see and hear is intentional: there are no mistakes in a Tarkovsky film. He creates a perfectly conceived world that he allows you to enter, and he gives you the time to wallow in it, to immerse yourself, and engage with it.

For me, each one of Tarkovsky’s films is its own Zone, a sanctuary where, for a short while at least, I can lose myself completely. The time spent wallowing in these cinematic universes Tarkovsky has constructed – universes of pure texture and poetry – offers a form of almost transcendental release. Worldly problems and desires melt away; frustrations, anxieties and woes all disintegrate and I am able to bask in a space of pure poetry.

Time is Tarkovsky’s lasting gift to us. Time to stop, to think, to contemplate, absorb and engage; time to appreciate something truly, utterly and undeniably beautiful; time to just sit there in the dark and listen and stare.

And in my opinion that’s time well spent.