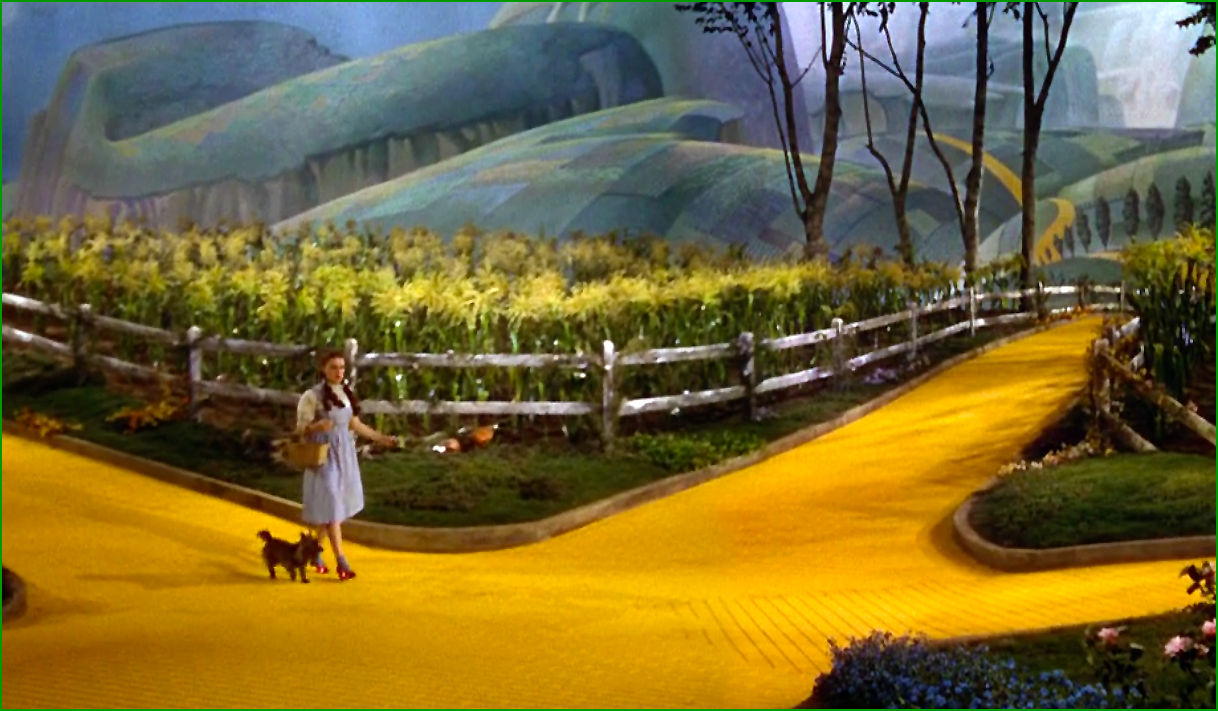 With a brilliant cast of exciting characters, a wonderful story, iconic costumes, sets and spectacular colours, The Wizard of Oz (1939) has become one of the most popular and treasured films for generation after generation.

The making of the film is as fascinating as it was troubled. In 1938 MGM bought the rights to make the famous children’s story by L. Frank Baum into a dazzling film. It was adapted for the screen by Noel Langley, Florence Ryerson and Edgar Allan Woolf, as well as a host of uncredited writers.

MGM wanted child star Shirley Temple to play Dorothy, but Twentieth Century Fox would not loan her out. Actress Deanna Durbin, known for her roles in musicals, was also considered. In the end they chose to use the film as a vehicle for Judy Garland.

Famously, the film had four directors in all. Richard Thorpe was the first, but after a few weeks filming stopped and he was replaced by George Cukor who worked on the film for just three days before being moved to direct Gone with the Wind (MGM and Technicolor's other big production that year, 1939). Victor Fleming came in to direct.  He was then sent to replace Cukor as director of Gone with The Wind! Fleming was replaced by King Vidor who finished the film. Vidor was never credited, but he always held the film high on his list of achievements.

One of the most interesting and memorable things about The Wizard of Oz is its clever use of colour. Anyone who has seen the film will know that Kansas is shown in black and white and Oz in colour. MGM chose to make The Wizard of Oz this way because it suited the story and setting. Great care was taken over colour choices in the film, for example, in the book, Baum describes Kansas as colourless and grey, which was very likely why Kansas was filmed in black and white. Although silver in the book, Dorothy’s magic slippers were made red for the film, making full use of colour. They also took a long time to decide exactly what shade of yellow the Yellow Brick Road should be.

Colours come out on film very differently to how they look to the naked eye and attention to detail on the colour of all of the reported 3,210 costumes by designer Adrian was imperative. Colour film also required a lot of bright lights so big, hot lamps were used and temperatures of over 100°F were recorded on set!

The Wizard of Oz was reportedly the most expensive film MGM ever made, largely because of the high costs of making colour films. Coupled with discouraging box office results, it was a disappointment for the studio. However, MGM’s other Technicolor production, Gone with the Wind, was a huge success, which saved the day and enabled Technicolor to break even for the first time in their history.

The film deservedly won two Academy Awards (for Best Music, Original Song and Best Music, Original Score, and was nominated for a further four) and made stars of its flamboyant cast. Now the film is available to view in 3D, allowing the character and colour of the film come alive like never before, introducing a new generation to this timeless classic.

The Wizard of Oz 3D screens as part of Cinema Rediscovered on Saturday July 30th at 11.10am