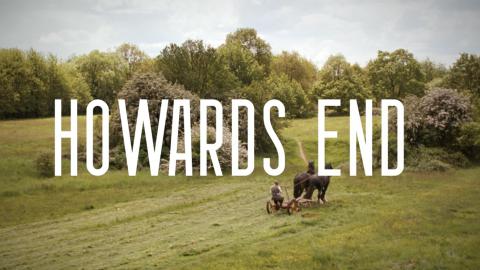 One of Merchant Ivory’s undisputed masterpieces, this adaptation of E.M. Forster’s 1910 novel is a compelling study of one woman’s struggle to maintain her ideals and integrity in the face of Edwardian society’s conformist values.

In a star-making, Oscar®-winning performance, Emma Thompson plays Margaret Schlegel, an idealistic, liberal-minded, middle-class Londoner. Her fate becomes intertwined with the upper-crust Wilcoxes, Henry (Anthony Hopkins) - a wealthy, conservative industrialist - and his wife Ruth (Vanessa Redgrave), as well as the working-class Leonard Bast (Samuel West), both due to dalliances of her free-spirited sister, Helen (Helena Bonham Carter). The complex intersection of these three very different families becomes a penetrating study of irreconcilable social and class divisions, amidst an emotionally bruising struggle for inheritance - of Ruth’s splendid country home, Howard’s End - which itself comes to reflect the values of an entire country.

Rarely has a screen adaptation of a work of classic literature been pulled off with as much intelligence, power, and artistry. Presented here in a beautiful new digital restoration celebrating the 25th anniversary of the film’s original release, don't miss this chance to visit anew this compelling, brilliantly acted adaptation.

Wih thanks to the British Film Institute and Cohen Film Collection LLC. Howard’s End was digitally restored from the original camera negative held at the archive of the George Eastman Museum, completed in 4K by Cineric Portugal – Simon Lund. Colour grading under the supervision of cinematographer Tony Pierce-Roberts and director James Ivory, by Steve Bearman, Mark Bonnici and Graham Jones at Deluxe Restoration in London. 5.1 audio track restoration by John Polito at Audio Mechanics in Burbank.

Cinema Rediscovered 2017 Thu 27 - Sun 30 July 2017 Join us for the second edition of Cinema Rediscovered - a chance to discover some of the finest new digital restorations, contemporary classics and film print rarities from across the globe where they were meant to be experienced - on the big screen.  Find out more