Earthlings of Bristol and beyond - Sci Fi: Days of Fear and Wonder, the BFI's huge celebration of science fiction, the world's most popular film genre, has landed.

Throughout October and continuing this month we've been beaming up a selection of films, music, events and workshops dedicated to sci fi wonders at venues across the city and more - from re-released classics to free family workshops, funktastic parties to seventies psychedelica, twinkling planetariums to UV ping pong - there's been plenty of out of this world experiences to explore.

Space isn't the final frontier, far from it - it's just the beginning. So don't be an alien - take a look at what's still in store below, and transport yourself to worlds that are, truly, unknown.

Music is a planet-sized part of almost all of the greatest science fiction movies ever and you’re in luck - we have a whole universe of Film and Music sci fi events coming up curated by Bristol’s very own AV pioneer DJ Cheeba (Ninja Tune/Solid Steel).

Cheeba himself will be taking to the decks to perform the premiere of his live score for Plan 9 From Outer Space (Fri 21 Nov 21:30), Ed Wood Jr’s sci-fi opus, one of the worst - and most loveable - films ever made, and Ollie Teeba (Herbaliser/Soundsci) presents an inspired re-imagining and homage to the mother of all alien invasion thrillers, sci fi classic War of the Worlds (Fri 28 Nov from 22:00). 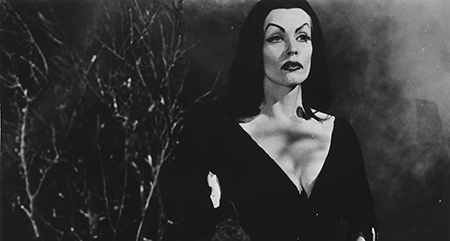 Don't miss the opportunity to see the classic sci fi title on the big screen –  2001: A Space Odyssey, Stanley Kubrick's 1968 meditation on mankind's future place in the universe is surely one of the most influential sci fi films of all time?

Representation onscreen and in the director’s chair

This week Rife journalist Samantha Dunn asks why female directors are so few and far between – and what we can do about it. More