It doesn’t matter if you’ve got a big budget or a minuscule one; whether you specialise in documentaries, animation or live-action; whether you live for sci-fi, horror or rom-coms; or hail from Europe, Asia or South America – as long as your film is less than a minute and a half in length, you can submit your short film to this year’s competition for free!

We’re interested in seeing as many original, imaginative and engaging films as possible and giving the best of these works and the talent involved the support and exposure they deserve via the Depict competition, which provides a platform to showcase and valuable industry networks. If your film makes the Depict ‘20 shortlist, your film will be showcased at Encounters Film Festival (Sept 2020), the UK’s longest running competitive short film and animation festival.

“Much has changed in the worlds of short and animated film-making in the past 20 years – digital has transformed the industry, short-film debutants have become major directors – but this festival has remained Britain’s premier destination for both.”
Steve Rose, The Guardian on Encounters Film Festival

Distributors, producers, funders, exhibitors, fellow filmmakers, and enthusiastic fans of the short film format – not to mention our stellar judging panel, which last year included Oscar® nominated Cinematographer Rachel Morrison and Head of BFI Network Jess Loveland – will all be there, so it’s the perfect opportunity to get some priceless exposure and industry experience. You’ll be in with a chance of winning up to £2,500 prize money thanks to sponsors including The Royal Photographic Society and Aardman Animations as well as other exclusive prizes and opportunities to help you get to the next stage of your career courtesy of partners such as Channel 4’s Random Acts, BFI NETWORK, BAFTA, NFTS and Shooting People.

Previous Depict winners have had their work screened at international film festivals, been picked up by commercial distributors, carved themselves successful careers in the film industry and beyond.

The Main Depict 2019 Award of £1,500 and a lifetime Shooting People membership went to Lit by director Emma Miranda Moore, who had the following to say about her experience:

“Winning Depict ’19 from such a prestigious jury with a personal film that represents my tone of voice and aesthetic as a filmmaker is just lovely. I’d never made such a SHORT story before, it freed me up both to play and to have control over all the elements. The prize money is wonderful and perfect timing as we are moving into production for my next (longer) short project.”

Reflecting on his prize Alex said:

“Entering the Depict competition was a great experience and even just attending the screening meant I met a number of great filmmakers who I continue to speak to and collaborate with today. Winning the British Special Mention Award was amazing and the opportunities that came with the Award are helping me to take my filmmaking career to the next level. As part of the BAFTA mentorship prize I also got to meet one of my all time favourite artists David Shrigley which was a dream come true and a really informative experience. The benefits of winning at Depict are still showing themselves even now and I’m extremely excited to see where they will take me and my films in the future.” 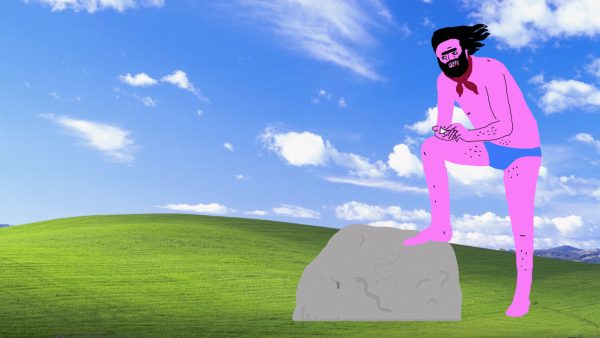 Sound like your kind of challenge? As long as your film is under 90 seconds or less, you can enter your film to Depict – it is always totally free to enter your movie and you can submit your movie via FilmFreeway, making it easy to get your work to us!

Submissions close on Thu 4 June 2020 so there is plenty of time to read the rules and get some more inspiration by checking out our archive of over 20 years of teeny, tiny shorts. Pack your short with masses of creativity and send it to us – good luck!

In our April podcast our cinema programmers Mark Cosgrove and Thea Berry share some of the immediate responses from the filmmaking community these extraordinary times and offer pointers to some of the films that are currently exciting them – films which are easily available online and more often than not free to view. More

Aggie takes her camera on a walk around some of the places in Bristol she appreciates most.

Aggie takes her camera on a walk around some of the places in Bristol she appreciates most. More