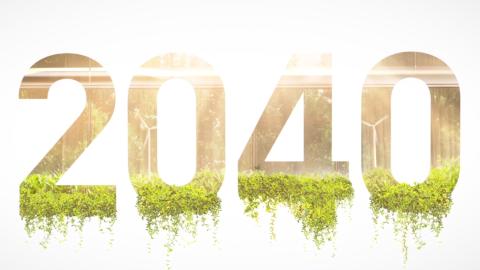 An innovative and optimistic hybrid documentary set in the future, in which award-winning director Damon Gameau, for his young daughter’s benefit, enthusiastically imagines the year 2040 that could be if we embrace existing solutions to improve our planet and bring them into the mainstream.

Structured as a love letter to his four-year-old daughter, Damon blends traditional documentary footage with dramatised sequences and high-end visual effects to create a vision board for his daughter - and the planet. He travels the world in search of technologies and practices that will reduce our dependency on carbon, pull people out of poverty, and help create a better future - his journey takes us from regenerative farming practices in rural Australia to a Bangladeshi village powered by distributed solar home systems; from marine permaculture experiments in Woods Hole, United States, to an on-demand autonomous electric vehicle in New York City.

Full of hope - it invites us, as well as the children he interviews, to dream of a better tomorrow. It's an inspiring vision of the future - as Gameau says: "we have everything we need right now to make it happen." So... let’s get started.

Unfortunately the director's Q&A can no longer go ahead due to circumstances outside our control. Damon will be sending a recorded introduction to screen before the film instead.

The Biggest Little Farm Film
Please note: This was screened in Nov 2019 In one of the most delightful and inspiring documentaries you’ll see this year a Los Angeles couple and their beloved dog give up city life and follow their dreams to the countryside in order to build one of the most diverse and sustainable farms of its kind.  Find out more Aquarela Film
Please note: This was screened in Dec 2019 From epic waves to shattering ice lakes, filmmaker Victor Kossakovsky dives into the magnificent and terrifying beauty of water in this ravishing visual feast of a documentary.  Find out more