Skip to main content
Search the site
Found in: Beyond Boundaries presents: Films in Your Front Room 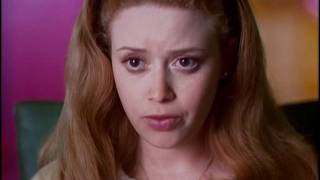 A cult classic since its release in 1999, Jamie Babbit's feature debut is a hilarious coming of age film which takes a satirical look at the prevalence of US conversion camps.

Confident and opinionated, 17-year-old Megan (Nastasha Lyonne) is far too strong-willed for her unsuppportive parents, who begin to worry she is a lesbian. Their solution is to send Megan to 'True Directions' - a "rehabilitation camp" run by homophobic counselor Mary Brown. Soon Megan meets the equally defiant Graham and the two form a fast friendship. Ironically, the more time Megan spends at the camp, the more she begins to question just how fixed her sexuality really is.

Featuring early performances from Natasha Lyonne (Orange Is The New Black), Michelle Williams (Certain Women, Manchester By The Sea) and RuPaul (RuPaul’s Drag Race), Because I'm A Cheerleader! is a vivid exploration of gender, sexuality and identity which remains relevant more than twenty years since its release.

Beyond Boundaries presents: Films in Your Front Room Season Settle down on your sofa, get your microwave popcorn at the ready and join us for a wide ranging season of free online film events running throughout August.  Find out more