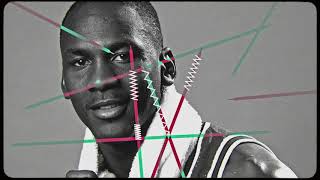 A fascinating look at the phenomenon of Air Jordan sneakers, Yemi Bamiro's debut feature examines the cultural and commercial phenomena of Michael Jordan against the increasing commodification of Black culture and a lack of corporate accountability.

In the 1980s, Nike was a struggling company and decided to target a younger market. Betting the house on Michael Jordan, and hiring a young Spike Lee to direct the promos, Nike created the perfect platform. Jordan backed it up, becoming the greatest player of all time, and his sneakers attained the same status. But a darker side of this success story emerged in 1989 when the high price tag and a low supply/high demand strategy fuelled violent attacks and even murder. Nike has turned a blind eye.

One Man and His Shoes is a parable of America's love affair with consumer capitalism and celebrity culture, highlighting how brands became savvy manipulators of youth culture against the backdrop of increasing class and race inequality.