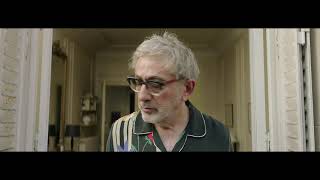 Through a series of darkly comic vignettes shot in international locales, Palestinian director Elia Suleiman investigates the meaning of being in exile, and the absurdities of nationalism, normality, and identity.

Elia Suleiman (Divine Intervention,The Time That Remains) is in every scene of It Must Be Heaven, but he only speaks four words. The writer-director-star plays his alter ego ES, who escapes from Palestine seeking an alternative homeland, only to find that Palestine is trailing behind him. The promise of a new life turns into a comedy of errors; however far he travels, from Paris to New York, something always reminds him of home.

Winner of a Jury Special Mention at Cannes 2019, It Must Be Heaven is a comic saga exploring identity, nationality and belonging, in which Suleiman asks the fundamental question: where is the place we can truly call home?