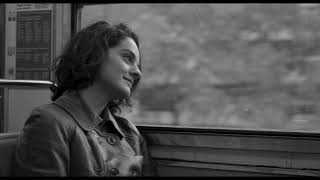 Jacques Audiard ventures into new territory with a vibrant take on love and Paris, as four characters cross amorous paths in the modern city.

Based on three stories by graphic novelist Adrian Tomine, Paris, 13th District sees French maestro Jacques Audiard stepping away from his previous crime genre tendencies to offer a panorama of love, desire and everyday survival in a racially, culturally, sexually diverse contemporary city. Lucie Zhang plays Emilie, a free spirit working in telesales and trying to handle the expectations of her Taiwanese family, and who gets involved with her lodger Camille (Makita Samba), a literary postgraduate. Alongside these mesmerising newcomers, Noémie Merlant (Portrait of a Lady on Fire) plays law student Nora, whose life implodes when she is mistaken for cam girl ‘Amber’ (Savages singer Jehnny Beth). As their lives intersect, a bustling but unromantic Parisian district is the backdrop for a tough, tender, often euphoric city symphony.