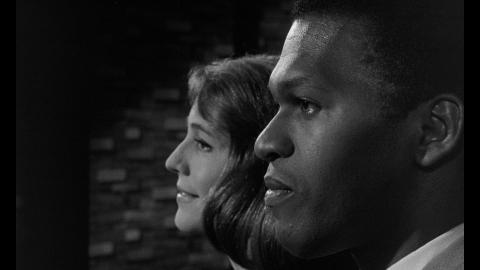 Fresh from its UK premiere at Cinema Rediscovered this summer, we are pleased to present the 1968 debut from Melvin Van Peebles.

Van Peebles’ first feature is based on his own novel (written in French) and follows Turner, a Black American soldier stationed in France who’s granted a three-day pass of leave and travels to Paris, where he meets and falls for a white woman named Miriam. During the weekend, their romance throws up some of the casual and contradictory views on race found in the French capital at the time and Van Peebles deals with them head on and playfully, but with an element of subversion. With a look inspired by the French New Wave, this rarely seen picture is just waiting to be celebrated by a new generation in its new 4K restoration.

At the time of publishing this film we learned of the sad death of Melvin Van Peebles. He was an inspirational creative force whose groundbreaking work like Watermelon Man (1970) and Sweet Sweetback's Baadasssss Song (1971) shook Hollywood’s representations of the Black experience and established a template for more progressive Black centred filmmaking practice.

Van Peebles was a one-man renaissance often writing, producing, directing, editing and scoring his films. They would influence future generations - from Spike Lee to Ava DuVernay to Jordan Peele - and his indefatigable creative spirit is continued in his filmmaking son Mario Van Peebles.

We were privileged to bring the restored copy of his rarely seen and known debut feature The Story of The Three Day Pass (1967) to the UK for Cinema Rediscovered earlier this year. It is still touring independent cinemas and will be screening at Watershed from the Fri 1 to Thu 7 Oct. The story of the making of the film is testament to that indefatigable creative spirit. You can read my piece on The Story of The Three Day Pass for Cinema Rediscovered here.