At the time of publishing our run of The Story of a Three-Day Pass we learned of the sad death of Melvin Van Peebles. He was an inspirational creative force whose groundbreaking work like Watermelon Man (1970) and Sweet Sweetback's Baadasssss Song (1971) shook Hollywood’s representations of the Black experience and established a template for more progressive Black centred filmmaking practice.

Van Peebles was a one-man renaissance often writing, producing, directing, editing and scoring his films. They would influence future generations - from Spike Lee to Ava DuVernay to Jordan Peele - and his indefatigable creative spirit is continued in his filmmaking son Mario Van Peebles.

We were privileged to bring the restored copy of his rarely seen and known debut feature The Story of The Three Day Pass (1967) to the UK for Cinema Rediscovered earlier this year. It is still touring independent cinemas and will be screening at Watershed from Fri 1 to Thu 7 Oct. The story of the making of the film is testament to that indefatigable creative spirit. Below is my piece on The Story of The Three Day Pass for Cinema Rediscovered. 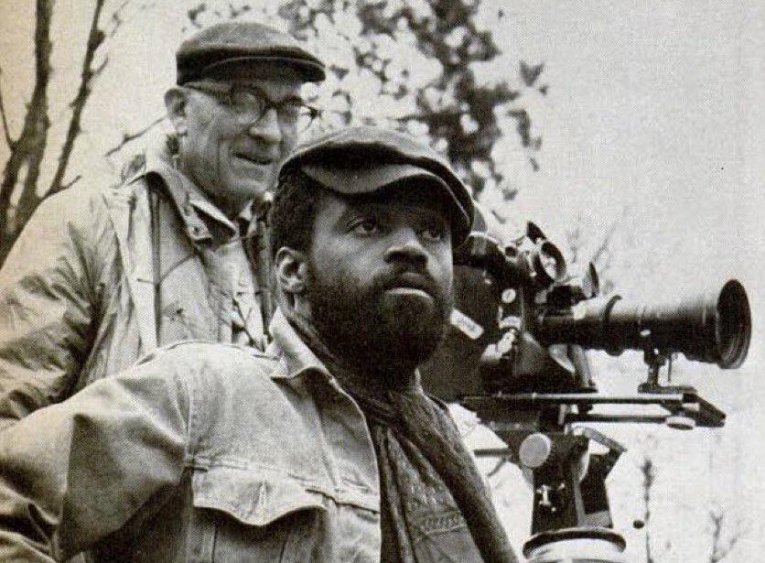 Mention the name Melvin Van Peebles and the majority of people who know their Hitchcock from their Bong Joon-ho's would automatically think of his ground-breaking film Sweet Sweetback’s Baadasssss Song (1971) - one of the most important films in African-American cinema, and of Peebles as the founding father of a popular contemporary Black American cinema.

They may be surprised to learn that his 1968 debut feature The Story of The Three-Pass was made in Paris adapted from his own French written/published novel. For someone so inextricably linked and identified with Black American popular cinema of the 1970s it is a revelation to discover that Peebles was part of cultural life of Paris in the 1960s.

Unable to break into a segregated Hollywood, Peebles went to Paris at the invitation of the legendary Cinémathèque Française’s director Henri Langlois on the basis of his short films. Once there, Peebles realised that the French funding system allowed for authors to direct adaptations of their own novels. He started writing and then adapted one of his four novels La Permission for the screen inspired by his personal experiences in the United States Air Force.

By turns playful, sarcastic, and stingingly subversive, Van Peebles explored the psychology of an interracial relationship as well as commenting on France’s contradictory attitudes about race. Turner (Harry Baird), an African American soldier stationed in France, is granted a promotion and a three-day leave from base by his casually racist commanding officer and heads to Paris, where he finds whirlwind romance with a white woman (Nicole Berger) - but what happens to their love when his furlough is over?

The resulting film has all the energy of the Nouvelle Vague: exuberant, brash, confrontational and bursting with energy, a style that Peebles would incorporate so dramatically into Sweet Sweetback’s Baadasssss Song. The Story of The Three-Day Pass screened at the 1967 San Francisco Film Festival as a French entry. An American producer asked to meet the film’s French director. The rest, as they say, is history!

The Story of a Three-Day Pass Please note: This was screened in Oct 2021 Melvin Van Peebles’ French New Wave-inspired first feature, newly restored.  Find out more No Place Like Home Please note: This was screened in Oct 2021 Almost fifty years after Perry Henzell’s The Harder They Come put Jamaica on the cinematic map, the late director’s long-lost second feature No Place Like Home, which went into production in 1973, at last achieves a theatrical release. Reconstructed and restored, this definitive version of the film is both a sun-kissed love letter to Jamaica and a thoughtful examination of it.  Find out more