Find out more
Found in: When Europe Made Hollywood Cinema Rediscovered 2022 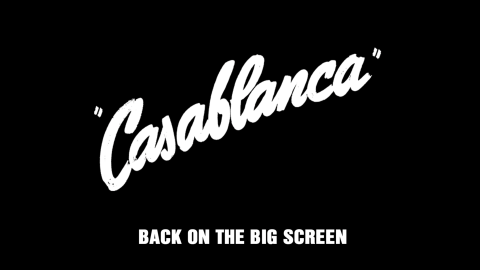 Casablanca has become quintessential Hollywood, lovingly remembered for the Bogart-Bergman-Henreid romantic triangle at its emotional heart. Yet it is also arguably one of Hollywood’s most political films, engaging head on with the impact of Nazism on Europe and contributed to the mounting pressure in a reluctant America to get involved in WWII.

It is also an extraordinarily European film both in depicting the exhausting and desperate flight from Fascism and in its casting. Many members of the cast and crew had had recent experiences of that desperate escape, and when filming the flashback scenes of Rick and Ilsa in Paris, broke into tears.

When Europe Made Hollywood: From Sunrise to High Noon Season A Hollywood movie is the quintessential form of American cinema: entertainment with a side order of escapism. However, like the country itself, this style of film was forged through various external influences...  Find out more
Cinema Rediscovered 2022 Wed 20 – Sun 24 July Celebrate the return of the big screen experience at the 6th edition of Cinema Rediscovered (Wed 20 – Sun 24 July), Watershed’s annual festival showcasing brand new restorations, contemporary classics and film print rarities from around the globe  Find out more