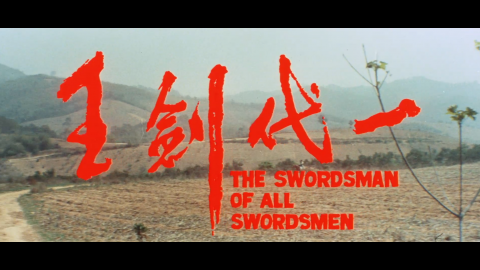 One of the highlights of this cycle was Joseph Kuo’s Swordsman of all Swordsmen (1968), presented here in a brand new restoration courtesy of the Taiwan Film Institute. The film tells the story of Tsai Ying-chieh, who sees his family killed as a child.

Screening as part of Flying Fighters of Taiwan: Wuxia in the UK, a season curated by HOME in Manchester, with the support of the Ministry of Culture, Republic of China (Taiwan).