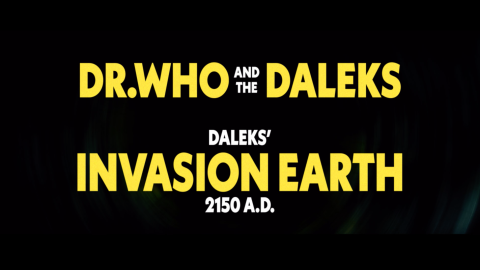 Lovingly restored and remastered in 4K, Gordon Flemyng's cinematic adaptations of the fabled saviour of space and time warps onto our screens in this one-off double bill screening. Dr. Who and the Daleks (1965) and Daleks' Invasion Earth 2150 A.D. (1966) were the first time the good Doctor was ever seen in colour and on the big screen facing off against the evil pepperpots bent on total annihilation - aka the Daleks.

Whilst these films are not officially associated with the BBC’s Doctor Who and where these films fit into the Whoniverse canon is a little ambiguous, this double bill screening is a mid-century feast for the eyes and is an unmissable event for all Whovians.