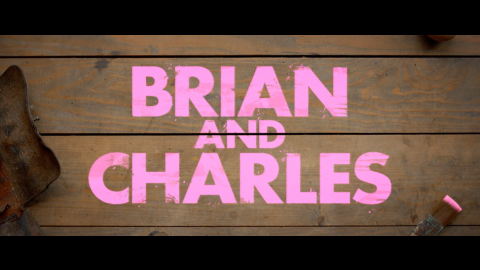 Writer-performers David Earl and Chris Hayward and director Jim Archer, adapt their 2017 short of the same name into a warm-hearted, odd-couple comedy about a lonely inventor and his giant robot friend.

Brian (David Earl) is a lonely inventor in rural Wales, who spends his days building quirky gadgets that rarely work. Undeterred by his infrequent success, Brian attempts his biggest project yet...Three days, a washing machine, and an eclectic array of spare parts later, he has invented Charles (Chris Hayward), an artificially intelligent robot who learns English from a dictionary and has an obsession with cabbages.

What follows is a humorous and heartwarming story about friendship, family, finding love, and letting go. With a touch of Geppetto and Pinocchio, a dash of Frankenstein minus the messy murders, and a hint of Ex-Machina but...sweet - Brian and Charles is a disarming, affectionate portrayal of a fantastically awkward duo constructed with a natural touch.