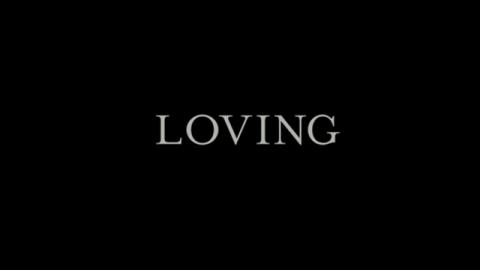 Jeff Nichols (Mud, Midnight Special) directs Joel Edgerton and Ruth Negga (who has just been nominated for a Best Actress Oscar®) in this true story of a couple who waged a decade-long legal battle contesting the state of Virginia’s laws prohibiting interracial marriage.

In 1958, with the Civil Rights movement still in its infancy, Richard Loving (Edgerton), a white construction worker, proposes to Mildred (Negga), a black manual labourer, and she says yes. What should be a happy beginning to their life together soon becomes an arduous legal and political battle against the state and society, as they experience arrest, trial, forced exile, kids and, finally, a historic battle with the Supreme Court.

A sensitive and understated look and love and trust, Nichols' film recognises how far the world has come while implicitly reminding us how far there is still to go.

Moonlight do not use Please note: This was screened in Feb 2017 This year's Oscar® winner for Best Film and a bonafide masterpiece, here's another chance for you to catch one of our favourite films of this or any other year. A timeless story of human connection and self-discovery, Moonlight is a film that simply demands to be seen.  Find out more Fences Please note: This was screened in Feb 2017 Based on his Broadway play and adapted for the screen by August Wilson, Denzel Washington directs and stars in this fierce and moving portrait of an inner-city patriarch and his family in 1950's Pittsburgh.  Find out more Moonlight: A Question of Beauty Please note: This event took place in Feb 2017 Have you been moved by Moonlight? Come the Revolution invite you to join in an exploration of Moonlight's themes of love, masculinity, sexuality and denial. Borrowing from the film's structure this three part discussion will feature provocations from spoken word, art and music.  Find out more