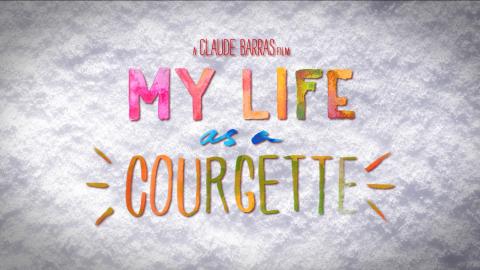 “Animated films tend to be aimed at the family audience, yet they are capable of telling powerful, emotional stories for adults. This is one such film. A beautiful, low budget animated feature film which packs an emotional punch way beyond expectations. Go see it, you will be moved to tears.”

This gorgeous Oscar®-nominated stop-motion animation - for kids, teens and adults alike - traces the effects of childhood tragedy with both great wit and sadness.

Nine-year old Icare, known to his friends as Courgette, finds himself in a local orphanage after his alcoholic mother's sudden death. There he meets a misfit group of children, each with their own emotional baggage and traumas to bear. But rather than dwell on their misfortunes, the kids adopt a pragmatic approach to getting on with their lives, finding ways to exist in relative harmony. And when young Camille arrives, Courgette gets his first taste of hope and, possibly, romance...

Adapted by Céline Sciamma (Girlhood, Tomboy), this is a funny and moving film that tears up the rulebook for children's cinema - it is so much more than simply "kids entertainment".