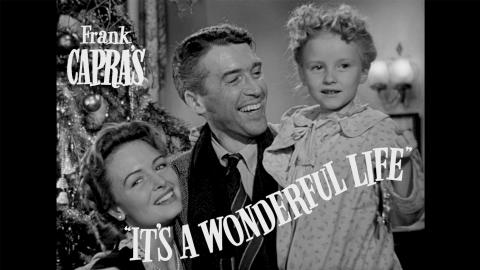 Frank Capra's Dickensian classic is an undisputed Christmas masterpiece, and perhaps the only one to centre around an attempted suicide. James Stewart is George Bailey, a good man who has descended into despair because he considers himself cheated out of the life he could have had. Clarence (Henry Travers) intervenes in his hour of need to show George how loved he is by everyone in his small community of Bedford Falls and what life would look like without him.

A timeless story of redemption and hope that is an absolute treasure.

A Matter of Life and Death Film
Please note: This was screened in Dec 2017 In the hands of the peerless Powell and Pressburger love does indeed become a matter of life and death in this audacious, inventive and mischievous romantic masterpiece where the love between squadron leader David Niven and radio operator Kim Hunter causes a mistake in heaven.  Find out more