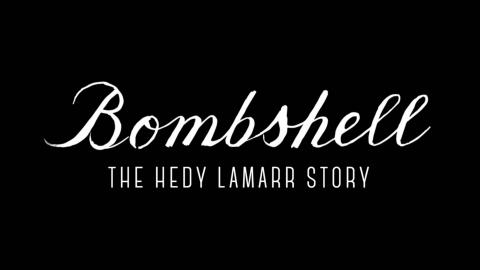 To celebrate International Women’s Day join us for a screening of this documentary about Hedy Lamarr, a Hollywood wild child with a brilliant mind who co-invented 1940s wireless technology, followed by a Satellite Q&A.

Starlet. Screen siren. The Most Beautiful Woman in the World. All phrases used to describe 1940s actress Hedy Lamarr - intact, Snow White and Cat Woman were both based on her iconic look. However, her beauty and glamorous life stood in the way of her being given the credit she deserved as an ingenious inventor whose pioneering work helped revolutionise modern communication.

Rediscover her incredible life with never before heard interviews and clips as it details her acting by day, then drawing mechanical and electronic inventions by night. Hedy Lamarr was a true technological trailblazer and this film is perfect for lovers of Hollywood, history, and science…

Suffragette + Panel discussion: Women’s Leadership in Community Film
Please note: This was screened in March 2018 To celebrate this year’s International Women's Day (8 March) and to mark the centenary of women's suffrage, join us for a screening of Sarah Gavron’s Suffragette, followed by panel discussion about women’s leadership in our community featuring Lynne Franks.  Find out more Bristol Women’s Literature Festival Season
Please note: this season finished in March 2018 Bristol Women’s Literature Festival returns this March with an exciting programme of talks and panel discussions from the country’s leading women writers, academics and feminist commentators.  Find out more Watershed's Clare Reddington Shortlisted for a WOW - Women in Creative Industries Award News Clare Reddington, Watershed’s Creative Director, has been nominated for a WOW - Women in Creative Industries Award 2018, alongside fellow nominees such as Imogen Heap and FKA Twigs, for her contribution to Bristol’s culture.  Find out more