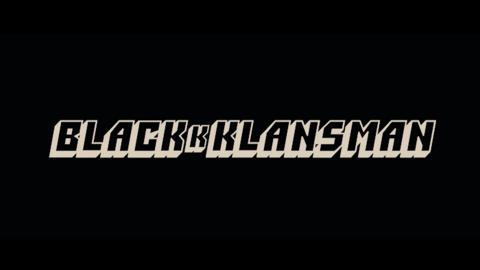 Spike Lee makes a triumphant return to form with this furious and funny true-life tale of a black cop who infiltrates the Ku Klux Klan.

John David Washington (the son of Lee regular Denzel Washington) stars as Ron Stallworth, the real-life black detective who went undercover in the late 70s in the Ku Klux Klan. Though he communicates with members on the phone (even managing to dupe the Grand Wizard, David Duke, played by a skin-crawlingly good Topher Grace), he sends his white, Jewish partner (Adam Driver) to 'stand in' for him at meetings and rallies.

Lee clearly sees in Stallworth's story a way to take a temperature read on Trump's America, tracing the lineage of the Black Power movement and the white supremacist hate groups of the 70s to their present-day counterparts: Black Lives Matter and the alt-right. Lee has made a film that is impossible to ignore - and we're sure he wouldn't want it any other way.

This special preview will be followed by a live Satellite Q&A with Director Spike Lee. The film will then open for a week from Fri 24 Aug.

Plus join us for our Summer of Spike Brunches screening every Sunday throughout August at noon.

Summer of Spike Season
Please note: this season finished in Aug 2018 To mark the release of BlaKkKlansman we revisit four films from one of the most uncompromising, entertaining and distinctive filmmaking voices on the culture and politics of the Black experience in American cinema - Spike Lee.  Find out more BlacKkKlansman Film
Please note: This was screened in Aug 2018 Spike Lee makes a triumphant return to form with this furious and often funny true-life tale of a black cop who infiltrates the Ku Klux Klan.  Find out more Spike Lee and the Klansman Article by Edson Burton Spike Lee is a political artist, and one with a particular comic sensibility. Artists may not be able to resolve social issues, but Lee's satire is responsible, Come the Revolution's Edson Burton writes.  Find out more