Growing up in the '70s and '80s, my first memories of Black characters on screen were; superhumanly dignified, angry Black Police commissioners, dandified hustlers, obsequious side kicks, outrageous comedians, and super cool nearly men. The films were invaribly genre based and the roles rarely required the nuance accorded to the White male actors that I admired, such as Dustin Hoffman, Rod Steiger, and Richard Burton.

Then came Spike Lee, and it was as if nothing had existed before. Spike Lee brought a plurality of Black identities, a complexity of character, a rectification of place on screen that I struggle to remember previously. He brought, too, a tone that was difficult to define, a brightness through the colour in his work, one that remained bright even in the darkest moments. Gallows humour or brazen guffaws were always close by. At the risk of self-defeating claims to authentic experience on my part, Lee brought a particular tone that I found highly relatable – an awareness of the brutally absurd, the tissue thin line between tragedy and comedy, and the importance of laughter in the face of overwhelming odds. Childish Gambino (Donald Glover's musical moniker) has discovered this tone and his work is all the more remarkable, too. 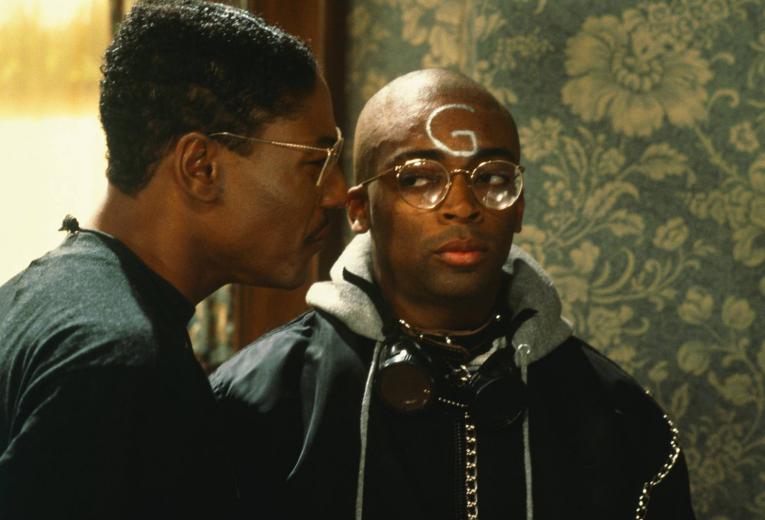 Of his vast work, it is the satires like School Daze (1988) Bamboozled (2000) and Chi-Raq (2015) that I have found most compelling to date. In these freed from naturalism works, Lee was released, to make his most visceral statements on the human condition, the Black human condition, in its varying aspects.

Set in a Black Mission College, a reference to Lee's own experience at Morehouse, School Daze centres on the opposition between two figures; the putative Black radical Dap (Laurence Fishburne), and the leader of the largest fraternity on the campus, Julian (Giancarlo Esposito). Half-Pint, played by Lee, is caught in the middle. It is not my favourite of Lee's films – too long, chaotic, the humour patchy - but it has much to commend, in particular, its brave attempt to tackle the, at that time, the rarely discussed colourism in the community. In Dap & Julian, Lee addresses an African American audience, asking them to consider the debilitating impact of colourism and callous sexuality upon political agency.

Lee ratches up the intensity in Bamboozled: Black screenwriter Pierre Delacroix (Damon Wayans) sets out to send up the two-dimensional Black characters he is expected to write by creating a modern day minstrel show, complete with Black actors in Black face, porch monkeys and so forth. Far from his bosses finally getting it, Delacroix has a hit on his hands and, thus, the satire becomes ever more uncomfortable as the show plumbs the depths of caricature. Using archive footage and allusions to hip hop, Lee makes the point that a metaphorical Black face is still alive and well. The film must also been seen in the context of the rise of gangster rap and the slew of gangster related films. 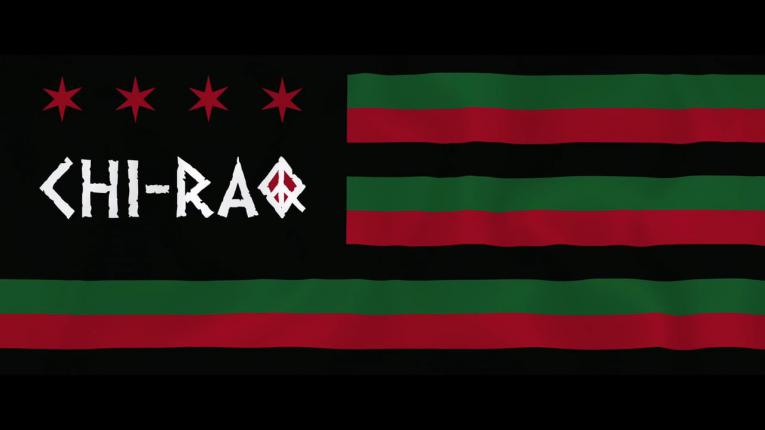 While his documentaries brought new audiences to his work, Spike Lee's film releases were less popular at the box office and among critics until the release of Chi-Raq.  This renaming of Chicago by local drill artist Chief Keef is a reference to the fact that city's homicide rate among African Americans over the past ten years was greater than among American troops serving in Iraq. Lee borrows from the classical comedy, Lysistrata by Aristophanes, in which the women of Sparta, led by Lysistrata, join forces with the women of Troy to embark upon a sex strike in order to force their warring lovers to lay down their arms. In this version, the warring states are rival gangs, and Lysistrata is the lover of Chi-Raq, leader of the Spartans. 'Make love not war' is one simple message from the film, but both sides are made to realise that the true enemy is a White controlled weapons industry that cares nothing for African American lives.

Each film has provoked specific controversy, ranging from; the depiction of Black men & women, the extremity of Bamboozled, the inclusion or not of Chicagoans, and the appropriateness of using satire to discuss gun violence.

It is not possible in this short piece to deal with all of these issues but, having often experienced the disconnect between internal discussions between members of the Black community and the conversation when facing White 'audiences', I wonder if Lee has made the cardinal sin of washing dirty linen in public? One hopes that beneath the furore, among and away from the voices that are dominant in any culture, there is a respect for the honesty of his work, and the themes he elicits. As for the use of satire, the politically minded need also remember that Lee is a political artist, and one with a particular comic sensibility. Artists may not be able to resolve the questions of gun control, the callous racism of the media industry or colourism, but they can put up a mirror to nature, so that these things are depicted clearly. Lee's satire is, one might say, responsible. Eschewing nuance, his satire, like much of his work, is didactically clear as to what are negative and positive choices confronting a community in an elusive search for unity. The visual spectacle of his work attracts Black 'mainstream' audiences that would not otherwise attend political rallies or well intentioned but dull work. 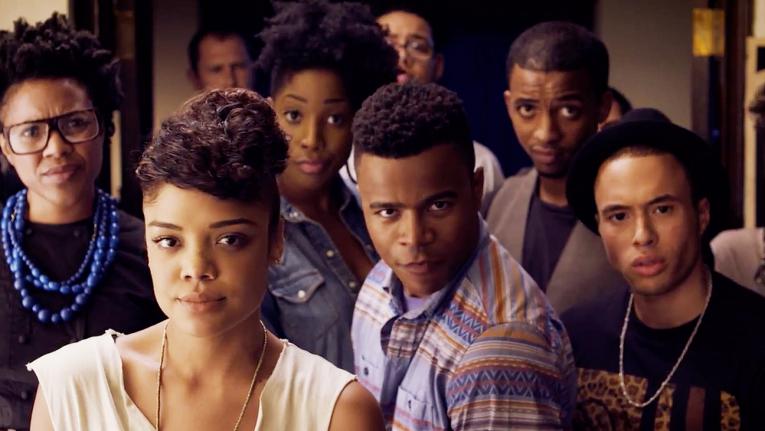 Dear White People (2014), Get Out (2017), and Atlanta (TV Series, 2016) clearly demonstrate the influence of Spike Lee on a younger generation of Black filmmakers. Faced with the complexities of racism in the Trump era and the ongoing divisions among African American communities, they too have turned to satire as a means of exploring what is essential in a given struggle. Recognising his enduring relevance, the ground-breaking African American director Jordan Peele has joined forces with Spike Lee as a producer on the provocative, BlacKkKlansman (Fri 24 Aug - Mon 3 Sept).

Written by writer, historian and curator Edson Burton. Edson is a member of Come The Revolution and an artist in residence at the Pervasive Media Studio.