Skip to main content
Search the site
Found in: Revolt, She Said 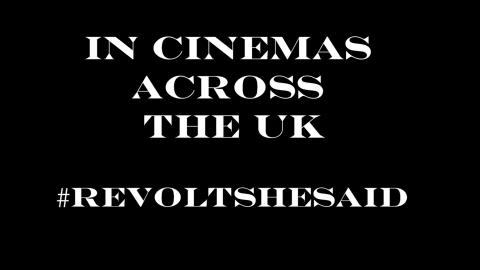 As if by magic, the first post-war German feminist film re-appears after 50 years, lovingly restored by the Deutsche Kinemathek and still as relevant as on its first screening.

The Cat Has Nine Lives is a dazzlingly choric conversation between five different women, centred on journalist, Katharina, and her visiting French friend, Anne. From anti-Vietnam protests to parodic pigtailed picnics via pick-ups that don’t go to plan, the film offers episodes in the lives of women on the verge of a political breakthrough, voicing their ennui with faithless turtle-necked lefty male intellectuals – but also with militarism, beauty, and other played-out stereotypes.

Their interest in each other’s intelligence and feelings is as invigorating and vivid as the film’s visual style, shot in Techniscope and printed using the Technicolor dye-transfer process to capture the bright zeitgeist of ’68. Imagine the jumpy smarts of Jean-Luc Godard and lushly lurid worlds of Rainer Werner Fassbinder (with whom director Ula Stöckl worked) meshed under a spell cast by a (love) witch.

Screening with short film My Name is Oona
(Dir: Gunvor Nelson | USA 1969 | 10 mins)
Sound, image and editing collide in this dazzling cinematic voyage into the dreams and fears of growing up girl in 1968. Swedish born Gunvor Nelson, a seminal figure of the San Francisco avant-garde film scene, made this intensely evocative and tender film with her daughter, with music by Steve Reich.

Revolt, She Said Season A season of films focused on women filmmakers post the May '68 revolution.  Find out more