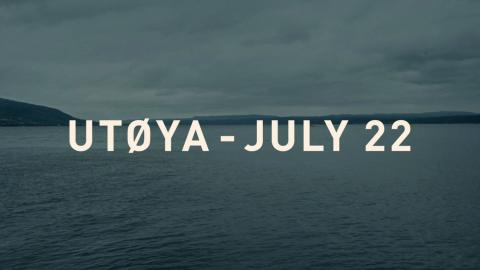 In one single unbroken camera take Erik Poppe’s visceral, brutal, yet heartfelt drama seeks to recreate from the victim’s perspective the horrific mass murder of 69 defenceless teenagers at the hands of right-wing terrorist Anders Breivik at a socialist youth camp on Norway’s Utøya island.

On July 22nd 2011, more than 500 youths are attending a political summer camp on Utoya island outside Oslo. Kaja (Andrea Berntzen) a smart young 19-year-old is amongst them, shocked by the breaking news of a fatal bomb detonation outside a government building in Oslo. Reassuring their relatives that they are far away from the incident, suddenly, the safe atmosphere on the island is shattered when shots are heard and a sickening nightmare begins as we follow Kaja as she tries to survive the ensuing 72 minute terrorist massacre – second by second, in real time.

Daring to dive deep into the fresh wound of Norway’s biggest tragedy, Poppe’s film stunned audiences when it premiered at Berlin earlier this year. A gripping insight into the events of that fateful day, it’s an extraordinary demonstration of the power cinema can have to articulate the ineffable and an absorbing and moving tribute to the courage of Utøya’s young victims.

Conversations About Cinema: A new series of in-cinema discussions Article Starting in October with Utøya, UWE and Watershed are partnering on a series of screenings and discussions that brings together a multi-disciplinary team of philosophers, political theorists, and cinema curators and producers to unpick some of the most exciting and challenging ideas in contemporary cinema, Senior Lecturer in Philosophy at UWE, Francesco Tava writes.  Find out more