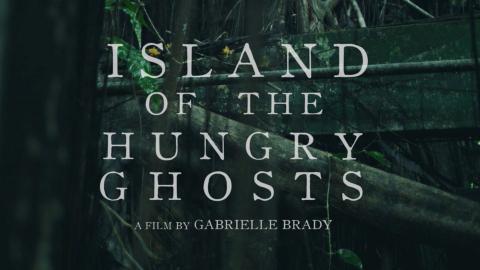 Winner of the Best Documentary award at this year’s Tribeca Film Festival, this haunting and powerful tale moves between the famous natural migration of Christmas Island’s red crabs, and the chaotic and tragic migration of humans attempting to cross Australia’s border.

Christmas Island, an Australian owned isle just off the coast of Indonesia, is home to an incredible annual migration. Every year, provoked by the full moon, tens of thousands of crabs move from the jungle to the ocean to spawn. But this seemingly idyllic paradise also holds some darker happenings: hundreds of people seeking asylum in Australia are detained here indefinitely in a vast detention centre hidden in the island’s core.

Island of the Hungry Ghosts follows Poh Lin Lee, a trauma therapist on the island, as she tries to support the detainees whilst exploring the natural beauty of the island with her daughters.

Lyrical and allegorical, this feature debut from Australian film-maker Gabrielle Brady is a poetic profile of human dramas, and how they sit in stark, absurd contrast to nature’s own ancient rhythms.

The Island of Hungry Ghosts and Australian "compassion fatigue" Article by Tara Judah Already exasperated by successive Australian governments and their refusal to treat refugees as human beings, Australian Cinema Producer Tara Judah explains why she was moved but not shocked by this poetic and emotionally charged documentary.  Find out more